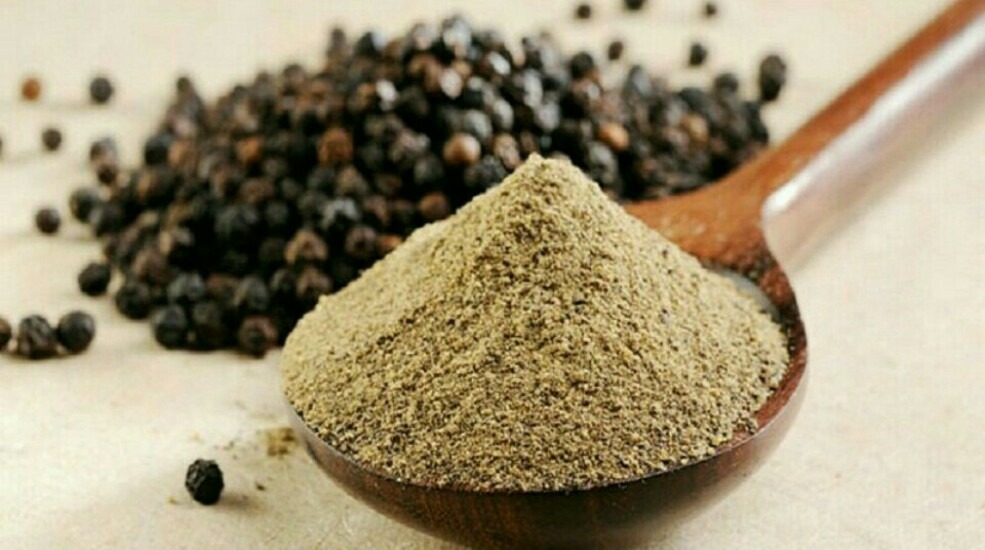 A message blared over the loudspeaker, “Seven ground peppercorns on the tongue!” according to the New York Times. This was the advice doled out to citizens in Myanmar to prevent the spread of the contagious, Novel Coronavirus. Now, before we get into the science behind ancient medicines, specifically the phytocannabinoids in anti-viral spices and how they may actually help, and after we sidestep the fact that the limited prescription is a result of China’s significant political influence in the county, let us all make sure we are clear on a few things first. As we reported, the epidemic is caused by a contagious virus. This means antibiotics cannot kill it. Even with modern medicine, we must rely on isolation, treatment of symptoms, and time for the virus to run its course and retreat from the human population. Imagine if you will, coming down with a cold – a very contagious, and deadly, cold.

Diving into the science, Myanmar’s advice for “exactly seven peppercorns” has an interesting twist of viability. Black pepper contains three unique compounds that all have interactions with the effect of cannabis and the human cannabinoid system. This system regulates our immune system, promotes anti-inflammation, and helps our bodies sustain they’re own normal DNA.

Viruses are pods of genetic material that latch onto cells, encoding their genes into their host. While they typically take a week or two to pass through humans, depending on the virus, this case of coronavirus, unfortunately, has a two week incubation period before the actual symptoms onset. This virus, therefore, may take longer to run through the population when considering its dormancy period.

At the time of publishing, there have been 28,368 confirmed cases of coronavirus globally, with 1428 individuals having recovered since the outbreak began just over a month ago, on December 31. This may seem grim, but consider the fact that there were only 492 cases of the virus two weeks ago and we start to see the hope in all this. In that time, there have been twice as many recoveries as cases, so, despite the casualties, the virus appears to be running a normal one or two-week course after the infection has onset. In another two weeks, we will hopefully see another 25,000 recoveries. Despite this, for the sake of those with low immune systems, the healthy must do their part to contain the virus through sanitation and isolation when necessary, considering nearly 600 confirmed deaths have occurred inside China, one in Hong Kong, and one in the Philippines.

Anti-viral and even anti-carcinogenic effects are prominent in the combination of three black pepper compounds – a cannabinoid (2) receptor agonist known as caryophyllene, the ECS reuptake inhibitor guineensine, and finally a TRPv1 channel sensitizer known as piperine. Ground, processed black pepper will, over time, lose its terpene component leaving mostly the alkaloids. The problem here is that a CB2 receptor agonist will help prevent inflammation caused by piperine before one builds a tolerance to pepper’s bite, also known as TRPv1 depolarization. The endocannabinoid system will degrade before this tolerance builds up, a period which can be at least slightly prevented by guineensine. Despite the relationship between the two alkaloid components, caryophyllene unlocks a trifecta that can truly boost the immune system through fresh black peppercorns.

Beyond caryophyllene, other terpenes are largely anti-mutagenic and will also bring balance to a spice’s alkaloid component, like piperine in pepper or carvacrol in oregano, respectively. Caryophyllene itself is one of the strongest anti-mutagens against certain carcinogens thanks entirely to its cannabimimetic functions. This CB2 receptor agonist was 83.9% effective against carcinogenesis caused by the combustion byproduct, 2-nitrofluorene in a bacterial reverse mutation assay.

In the face of a potential viral pandemic, it should be made extremely clear that anti-viral medicines that truly kill viruses, prevent genetic mutations, or even slow their replications are slim, rare, and hardly of grand effect. Cannabis and caryophyllene, however, does have promising effects that greatly warrant further research, such as PPAR agonism. Research is only now realizing the importance of this signaling protein’s role in gene regulation as well as inflammatory responses.

Middle East Respiratory Syndrome (MERS), for example, can be killed off by the body’s macrophages, white blood cells which are suppressed by the virus. PPARs are pivotal in macrophage regulation, honing the cell to attack intruders with antibodies without causing inflammation. Caryophyllene will also facilitate a major anti-inflammatory response by regulating the immune system, mediating cytokine proteins and natural killer cells. Regardless, cannabinoids can only fit the anti-viral bill on their own so well, but that does not mean harmlessly promoting one’s immune system is bad advice.

One study reported that a combination of twenty-two terpenes inhibited viral replication of SARS-Corno by 50%, one compound here though, was Betulinic acid, a triterpenoid found in the bark of certain trees. Anti-viral triterpenoids can be found in the roots of cannabis, albeit potentially not as effective.

To rely on black peppercorns instead of practical sanitation practices cannot be recommended, much like the use of cannabinoids. Yet, the ability for terpenes, and full-spectrum varieties of cannabis in general, to prevent mutagenesis and prevent viruses from spreading within the body cannot simply be seen as folklore either considering a valid science that goes beyond the ability of modern synthetics.

There is potential, unfortunately, for the immune system to become too suppressed via excess cannabinoid activity, which can lead to an increased risk of infection from coronavirus. Whereas, an exact dose will help brings things to an ideal homeostatic state; perhaps, this is why Myanmar’s advice was for exactly seven black peppercorns. Are their Buddhist monks accidentally more knowledgeable on the ancient treatment of disease with cannabinoids and terpenes than they are with clinical science?