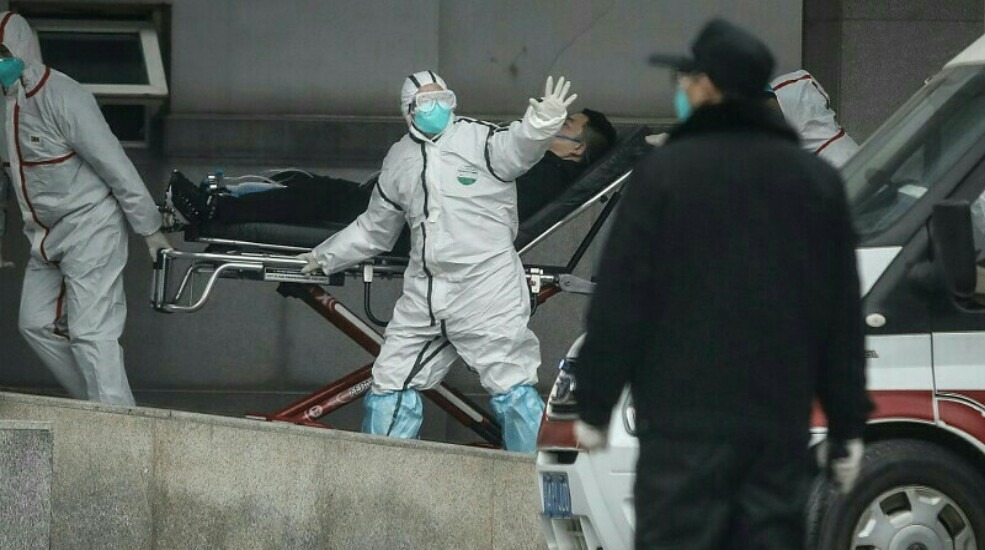 Editor’s Note: With the understanding that the current Wuhan coronavirus outbreak is related to a virus, and is therefore not treatable with antibiotics or anti-bacterial. The increase in superbug and life-threatening virus outbreaks over the last couple of decades do raise a good question towards the progression of our treatment options, and preventative measures – a commentary on which we will explore below.

A specific cannabinoid compound’s antibacterial properties recently swept through news headlines. A new study, funded by McMaster University, proved that cannabigerol (CBG) can kill infectious diseases and superbugs, especially the highly resistant MRSA bacteria. This research studied the effects of actual infections in mice. This is more advanced than an earlier evaluation of CBG that had already proved similar results in vitro cell assays.

CBG is known to have a strong effect on gram-positive bacteria, but less so with the more disease-inducing gram-negative strains. At 120 mg per kilogram doses, CBG reduced bacterial stress in the spleen induced by gram-negative MRSA bacteria with same the efficiency of Vancomycin, a commonly used antibiotic. Unfortunately, though, that was solely nine grams of CBG per 75 kilograms. The research stated that CBG alone was not effective enough considering this acute dose.

This new study’s promising results do not represent pure cannabinoid pharmacology, however. To benefit the efficiency, researchers added an additional antibacterial, polymyxin B with the CBG dose. This helped CBG pass through an outer barrier of bacterial cells, enabling its access to an inner membrane, effectively killing the cell. CBG killed the cell with over a 120 fold potency increase when micro-molar amounts of Polymyxin B were introduced – a hopeful conclusion, for some, and a noteworthy combination of traditional and cannabinoid pharmacology.

The scientists’ reason for the additive is peculiar considering they declared competing for interest with their patent application to kill infectious diseases with cannabis formulations. The strain of bacteria they evaluated was also inconsistent between the test with Polymyxin B (MRSA) compared to the test without (E. Coli). Additionally, some obscurities can be found in their source of CBG, which was synthesized from Olivetol and Geraniol.

Cannabis-derived terpenes possess anti-bacterial properties, so the plant can likely replace pharmaceutical additives. Some terpenes, like pinene, are also known to fight MRSA bacteria alongside other difficult infectious diseases on a higher caliber than some cannabinoids. It is one part of why oregano and peppermint essential oils work so well for when you’re sick!

As wonderful as it is to see research moving beyond the simple test tube experimentation, cannabis research is still beyond pre-clinical evaluations of typical phytocannabinoids, even CBG. We need clinical trials on human evaluation; this current research on mice is simply one more good step. Cannabis formulations are pivotal for the treatment of so many ailments, but we barely understand the true efficiency of any cannabinoid in human trials. Perhaps, further research on the effectiveness of cannabis’ deeper spectrum can be driven by new and exciting proofs that cannabis can kill superbugs. Especially in the face of our need to improve society’s resistance to disease through a generic means.

Despite the shock and awe of the community, it is no surprise to see powerful antibacterial effects from CBG in combination with other medications. The effect of the endocannabinoid system helps increase the potency of other antibacterial agents through its major functions. Beyond germs, cannabigerol can slow the spread of viruses throughout the body. CBG can stop the replication of viral infections by inhibiting calcium through several pathways, such as agonizing PPAR-y, a regulator of genetics, tumorigenesis, and many cellular processes. This leads to a widespread anti-inflammatory response that can help orchestrate white blood cells as they attack diseases, like pneumonia. In terms of relieving symptoms, nitric oxide is pneumonia’s weapon of inflammation which cannabis, CBD more than CBG, is an expert at disarming, a topic we previously explored.

Research on this topic is still an early stage to answer if cannabinoid formulations can truly deal with epidemics as severe as the current form of coronavirus spreading in Southeast Asia, known in the media as the Wuhan Virus. A deadly and mysterious contagion that has affected nearly 450 people and killed 17 since December 31, 2019. It has entered six countries including the United States as of January 21, 2020. We do not currently understand the pathogenesis of the disease, in order to develop vaccines or to employ medicinal intervention. Yet, that is the exact point of generic instant treatment, something that cannot be relied upon but can still be delivered with benefits that outweigh the risks.

According to current research, CBG is non-intoxicating, mostly non-toxic, and non-sedating so it carries little known risk. The development of cannabinoid formulations might be able to unlock a range of interventions for many outbreaks, bacteria or viral.

Many illnesses will best cannabis’ entire spectrum of potential, true. But taking into consideration the research being done today, perhaps the combination of an additive is necessary for cannabinoids and terpenes to truly fight infection; or on the flip side, perhaps cannabis needs to be the adjuvant. And building upon that, cannabinoids could also potentially help other drugs fight viruses more potently.

Perhaps we should sink our energy into bettering our understanding of the world around us and draw more solutions from nature, instead of relying on the development of vaccines after the next superbug has already done damage. Pathogens can generate action amongst our global population; maybe that motivation can finally push for the sensible development of, and access to, phytocannabinoid therapeutics.