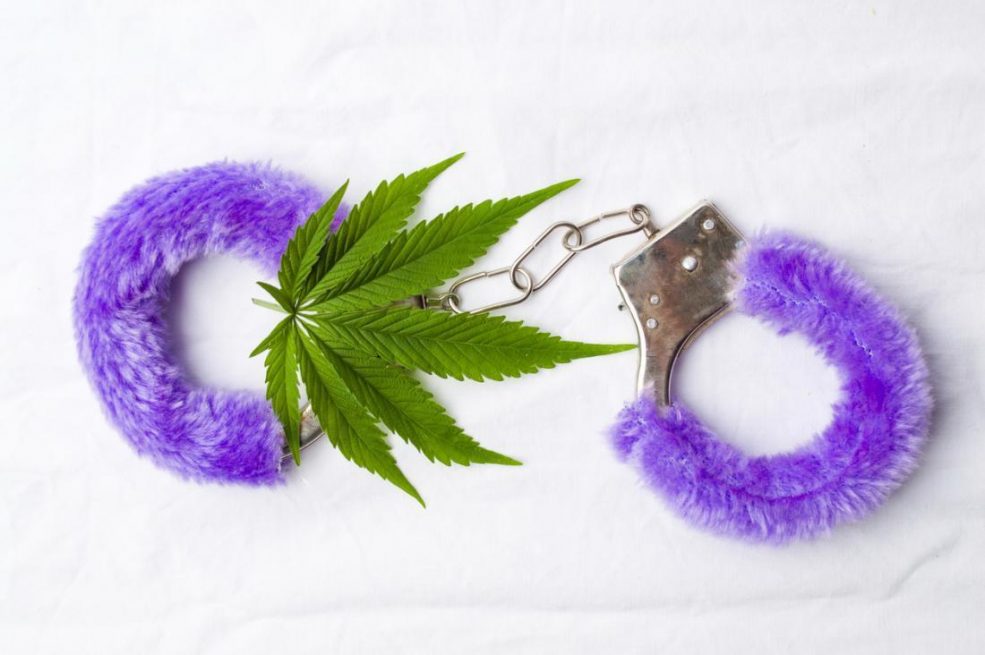 Sex Drive and The Endocannabinoid System

He once told me that he knew he was in trouble as soon as I looked at him. I knew the look because I remember the thoughts behind it. We were high school hot for each other and when we finally got a hold of each other, we didn’t let go for hours. Then, one of us pulled out the bong. Full stop.

We toked, laid back and stared at the ceiling. After fifteen minutes, I remember saying that we should have skipped the bong rips. He agreed. It is the only time in my life that I regretted using cannabis. Since then, I learned which strains and methods work with my body (to improve sex drive). For me, cannabis kicks it up in the bedroom. But, there are lots of people out there that find marijuana kills the mood. It begs the question, does pot give you the hots or is cannabis the ultimate cockblock? This steamy subject deserves a much deeper look…

Sex drive and the Endocannabinoid System

Compared to men, women are more sensitive to THC and it’s thanks to their vaginas. Present in men, but predominantly in women, estrogen is one key to the sexual system. From libido to lubrication, estrogen maintains and regulates it all. Estrogen activates our CB1 receptors, making them far more subjective to nerve transmission. When a number of these highly sensitive receptors are exposed to THC, the effect is magnified.

Now that we know this, it’s important to remember it. After all, having fun and staying safe depends on knowing your limits. For example, estrogen production happens in the ovaries and peaks a week before ovulation. So, if it’s the week after your period, that indica might hit you a little harder than it normally would. Something to keep in mind.

Certain types of cannabis promote sleep, also known as burnout; it all  depends on its interaction with our endocannabinoid system. CB1 receptors play a role in inducing and controlling sleep cycles. Interestingly, different cannabinoids and terpenes target both our CB1 and CB2 receptors; it all depends on the genetics of the plant. What all this means is that biologically, certain strains will make you sleepy. If you smoke the wrong bud when you want to get it on, it might be the only thing you end up doing.

At the end of the day, every system is different. If cannabis is being used medicinally, those benefits might make sex possible when it otherwise wouldn’t be. Depending on what you need, THC might help or hinder your fun in the bedroom…trial and error is the only way to tell.

If you’re going to do it no matter what, here are some basic ground rules for bud in the bedroom which can help you with your sex drive. After all, you want to blow your partner’s mind, not ruin the night.

CBD Flower – when you feel like doing it in the daytime, and don’t want to fully wreck your day.

Sativa – use it when you are getting freaky and trying something new.

Indica – save this for when you want to take your time and savor the moment. If you tend to rush through foreplay, this might be a good option.

Marijuana: interaction with the estrogen