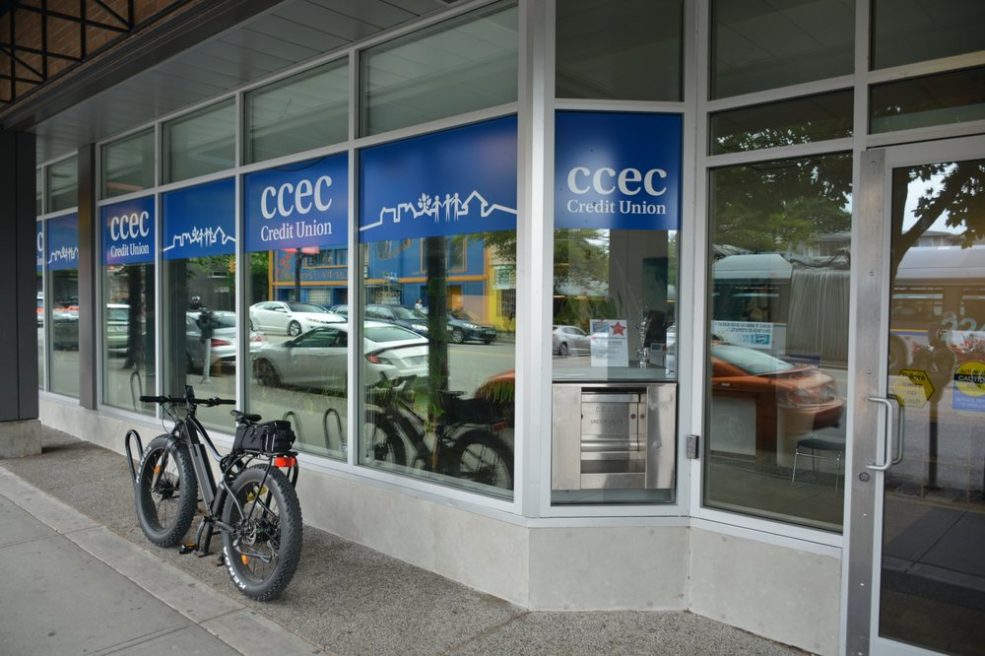 In yet another blow to businesses serving medicinal cannabis patients, CCEC Credit Union – a single branch, independent institution, located on Commercial Drive, in Vancouver, B.C. – has sent letters out to account holders corresponding to illicit cannabis businesses, mail order marijuana business, and head shops noting that their accounts will be closed at the end of the month.

This action comes as a result of the recent enforcement of “regulatory requirements with [Financial Transactions and Reports Analysis Centre of Canada] and anti-money laundering legislation” which have put the pressure on CCEC to cease its banking relationships with these medicinal dispensaries and illicit cannabis businesses.

If the funds are not removed from the existing accounts by the end of the month, a cheque will be mailed out to the account holders, to the address they have provided. Done deal.

Once dubbed the “activist credit union”, CCEC had been one of the few institutions willing to do business with cannabis-related endeavors, at a time when many other institutions and big banks were turning away those clients, even as legalization was slowly approached.

Ross Gentleman, who previously served as general manager and CEO of CCEC, retiring in June 2016, noted that as federal legalization was at that time still not a reality, providing services for recreational cannabis was not something the institution would be involved in.

However he noted the separation between recreational consumers, and medicinal patient needs saying, “There is a business opportunity here, but there is also an issue with social need. We didn’t respond to this issue on the basis that there’s a growing industry here and we want a toehold in it. We responded more from there being people out there who are desperate to have access to their medication, and we can be helpful in facilitating that.”

Under the Proceeds of Crime (Money Laundering) and Terrorist Financing Act, Canada’s financial institutions are required to report to FINTRAC all large cash transactions or electronic fund transfers over $10,000, as well as any transactions where there are “reasonable grounds” to suspect money laundering or terrorist financing.

CCEC had previously noted that while it served half a dozen of the city’s dispensaries, it had turned away many others, due to doubts about the “character or intentions” of the individuals involved. It followed that by acknowledging that it has continually reported some of its client’s transactions to FINTRAC due to their size and the fact that they were in cash.

In recent years, if a cannabis-related business was able to open an account with CCEC, they faced a fee of $500 per month, and restricted transition limits of $3,000 per day, $10,000 per week and $20,000 per month, set in place by CCEC in an effort to continue their compliance with the regulatory system.

Though once outspoken as one of the few banking institutions open to supporting the unlicensed and grey market businesses within Metro Vancouver, this new development simply means that business transactions and money storage needs will simply move further and further into the shadows – an action, that as a whole seems counterintuitive to bringing cannabis and patient needs into the light. Additionally, as the province speaks about its yearn to have more craft cannabis brought into the licensed sphere and for more transparency and easier access for patients, this provincially chartered credit union takes an action that moves in the opposite direction.

CCEC has not responded when asked for comments, but an update will be provided when that follows. Stay tuned for more on this developing story.