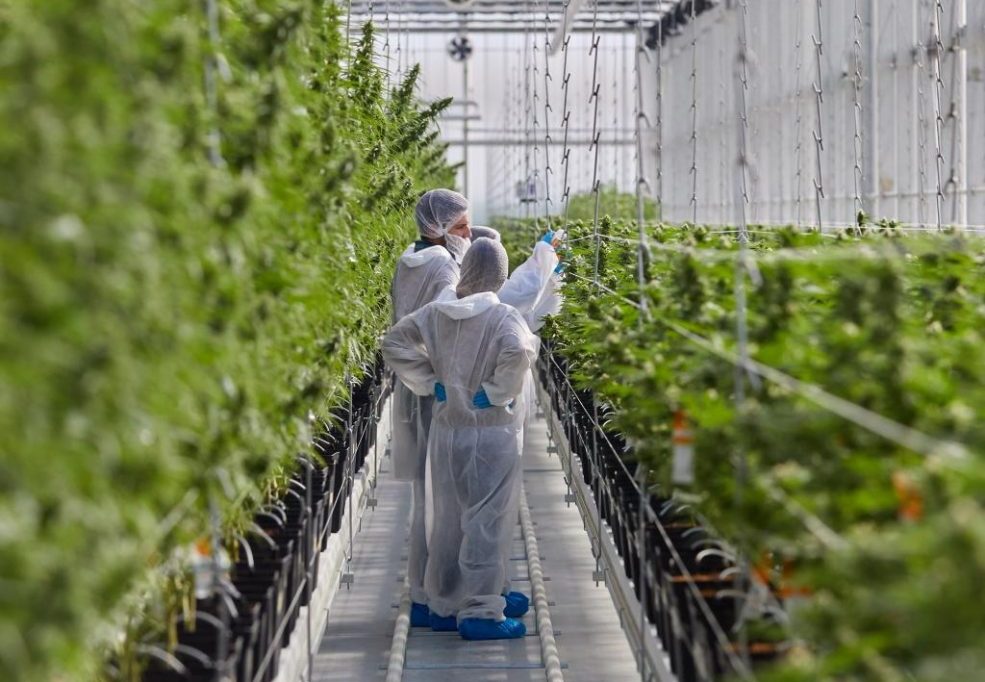 The legal cannabis industry‘s reputation as a job creator took another hit Tuesday as Tilray Inc. (NASDAQ:TLRY), Canada’s 3rd largest licensed cannabis producer by both market cap and unit sales, announced that it would be laying off 10% of its workforce globally. The Financial Post reports that Tilray presently employs 1,443 people in total.

Tilray generated a US$23 million operating loss on $51 million in revenue in their most recently reported quarter (ending September 30, 2019). Sales, General and Administrative expenses alone amounted to $45 million, more than the total cost of sales from the products Tilray shipped in the period, so one might expect Tilray to start thinning out in the non-production divisions if they’re serious about the layoffs “reducing headcount and cost,” rendering the company “better positioned to achieve profitability,” as CEO Brendan Kennedy told The Post. But the premise of Tilray being profitable within its current footprint would take a more than tripling of the company’s Q3 sales, ignoring any associated scale-up expenses.

Neither Tilray’s rate of sales growth in the Canadian cannabis sector, or the country’s as a whole, makes that seem likely, making it reasonable to wonder how this money pit ended up with a $2 billion market cap in the first place.

The valuation isn’t a mirage. Tilray shares traded up +5.25% Tuesday after the layoffs were announced, indicating that the market believes in Tilray’s ability to turn itself into a conventionally profitable business. That faith is a stark contrast to the vote of non-confidence the market gave to Sundial Growers (NASDAQ:SNDL), who announced the cutting of their own staff last week, then dropped the news that the CEO and COO were among the staff cut, and got sold into the dirt.

Tilray’s Canadian cannabis operations consist of cultivation licenses in Nanaimo, BC and Toronto, ON, along with the purchase of a third Ontario license last year in Natura Naturals Inc. Among the five total licenses at the three sites are three of the nation’s 88 total licenses that allow for the sale of dried cannabis to the provincial distributors – the exclusive suppliers of the Canadian recreational market. The other 213 licenses sell most of their production weight to each other.

Tilray wasn’t able to make their access to the rec market pay off in Q3, booking $15.8 million in sales there, only $2.1 million more than they sold to other licensed producers in the bulk market and directly to patients. Q3’s business segment breakdown showed a clear pivot towards Tilray’s developing hemp business, where the company was able to bring in nearly as much revenue as they did from the adult use cannabis market ($15.6 million).

Tilray claims that subsidiary company Manitoba Harvest, acquired in February of 2019, is “the world’s largest hemp foods manufacturer.” The company spent the last year building out its hemp-based portfolio across the United States, where CBD products are legal to sell in all 50 states with no special license. CBD products haven’t yet gained commercial traction North of the border, where their sale is controlled in the same manner as cannabis products.

Seattle-based Tilray’s presence in the Canadian cannabis market is beginning to look like a vestige of a time when the scarcity of licensing was a means to an end in the capital markets. When Tilray first received its cultivation license in 2014, it was one of only 18 fully legal cultivators in all of North America. As Tilray’s stock price peaked above $300 / share in 2018, they were one the most advanced companies operating only 115 Canadian cannabis licenses in an industry that was still developing. Now, as it dawns on a market where scarce Canadian licenses aren’t valuable cornerstones of profitable businesses, Tilray appears to be adjusting their trajectory.

CORRECTION Feb 7, 2020: This post has been corrected to reflect the fact that the executives who left Sundial Growers were the CEO and COO, and not the CEO and CFO, as previously reported. CLN regrets the error.