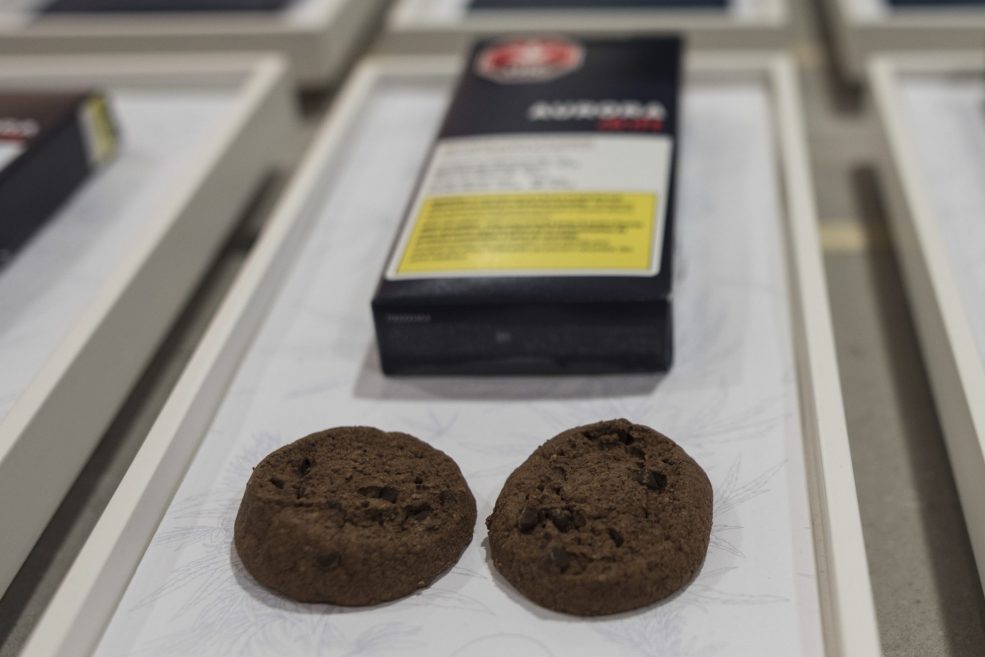 TORONTO — The arrival of legal cannabis edibles, vapes and other products in Ontario won’t necessarily meet the government’s stated goal of cutting into the black market, according to industry observers.

The Ontario Cannabis Store, the province’s pot distributor, has announced that a raft of new products is slated to start appearing in brick-and-mortar retailers on Monday. It will be available for online purchase 10 days later.

But those keeping an eye on Canada’s burgeoning cannabis industry said a combination of federal health regulations. Ontario‘s own track record around product prices may fail to make the legal wares as enticing as alternatives still readily available through illicit channels.

“I know the OCS wants to move towards a thousand stores, but eventually you’re going to have to have a thousand people willing to participate in the legal market,” said Omar Khan, national cannabis sector lead with Hill+Knowlton Strategies. “They’ll only do that if they can be price-competitive with the illicit market.”

Edibles and comparable cannabis products became legal across the country in October. Marking the second wave of the federal government’s legalization scheme launched the year before, but Monday will mark the first time such products are available for government-sanctioned purchase in Ontario.

The OCS said 59 new products, including a variety of vapes, edibles and a tea, will hit store shelves on Monday. it will be available for sale online effective Jan. 16. The province’s pot distributor said the number of products is expected to rise to 100 as they receive regulatory approval in the next few months.

But the OCS warned that supplies will be tight during the first few weeks of edible sales, echoing warnings that sounded across the country in the early days of legalization.

While industry observers said the supply crunch may have kept the black market thriving early on, they cite different potential hurdles facing Ontario this time around.

Khan said federal health regulations that limit the amount of cannabis contained in legal products will pose a likely barrier.

He said the rules currently limit consumers to a maximum purchase of 30 mg worth of products at a time and don’t allow any individual item to contain more than 10mg. The United States, by contrast, have allowed products to be sold in up to 100 mg packets in jurisdictions where cannabis has been legalized.

“This makes it more difficult to get regular consumers to shift away from the illicit market where ingestible products are readily available without these restrictions,” he said.

But Khan said a more formidable barrier comes from the way Ontario‘s cannabis market has evolved, with the OCS acting as both an online retailer and wholesaler of all cannabis products.

The OCS has the power to purchase goods from their producers, set prices and distribute them to retailers, Khan said, noting such a system isn’t conducive to lower prices.

He cited the system in place in Saskatchewan, which sees producers negotiate directly with retailers to set prices, as more likely to keep retail costs down.

For its part, the OCS argues that its new slate of products can cut into black market sales. Edibles will cost between $7 and $14, beverages are priced at between $4 and $10, vape products will sell for between $25 and $125, topicals will be available for between $15 and $55, and concentrates are expected to sell for between $30 and $70.

“We’ve compared our offerings to similar products in the illegal market to ensure that our initial retail will be competitive,” OCS Senior Director of Merchandising Kevin Lam said when the new products were unveiled last week.

But Michael Armstrong, an associate business professor at Brock University who analyzes cannabis market data, said Ontario has a history of pricing products on the higher end of the spectrum.

Numbers he calculated after the first six months of legalization suggested Ontario implemented a 70 per cent markup on goods available at the time. That figure, while shy of the 90 per cent markup seen in Newfoundland, was also well above rates set in other provinces such as Quebec and New Brunswick.

Federal records show that Ontario‘s current cannabis excise tax of about 11.4 per cent also falls in the top half of the national range, though considerably lower than jurisdictions such as Alberta and Nunavut.

Armstrong cautioned, however, that assessing prices on edibles is more complex than comparing costs of raw cannabis products.

He said producers will be working hard to distinguish themselves and their offerings through quality control, formulation and other factors, noting some consumers may well prove willing to pay a premium for what they perceive to be a better product.

That quality issue, he said, may prove fruitful in combatting illicit sales even if prices stay high.

“The producers are hoping that these new products are going to allow them to differentiate themselves,” Armstrong said. “If they can come up with a cookie or a tea that people really like, then they can charge a higher price than the black market and still attract customers.”