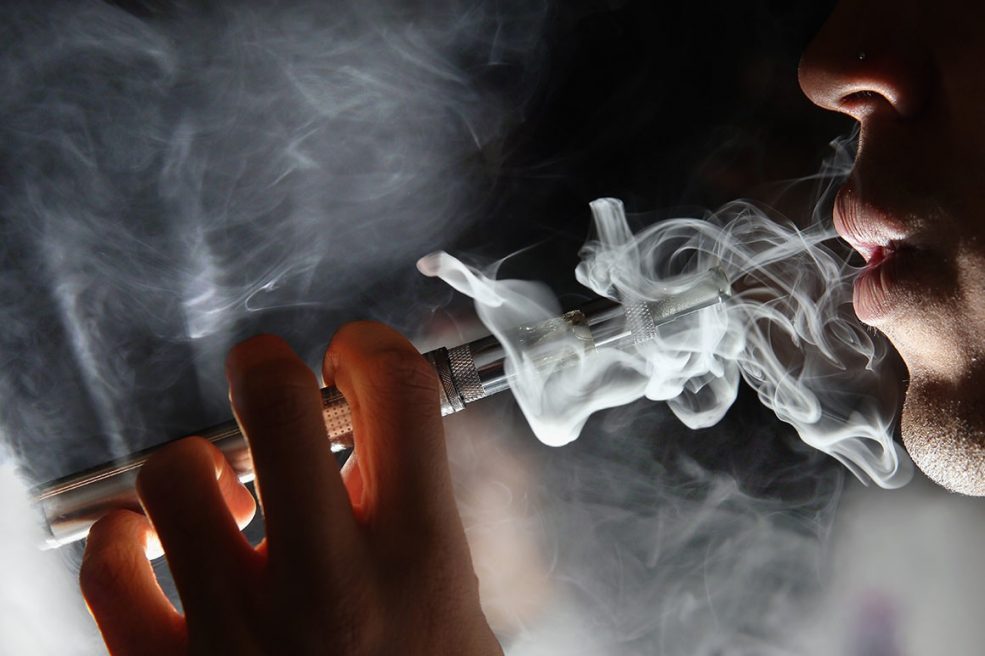 NEW YORK — The thousands of shops that sprang up in cities and towns across the country over the past decade to sell vaping products have seen a stunning reversal of fortune, with their sales plunging in just two months amid news reports that vaping has sickened nearly 1,300 people and killed 26.

People who turned to vaping products to help them quit smoking have been turning away, even teenagers who used the products illegally, although the U.S. Centers for Disease Control says most of the people who suffered lung injuries from vaping were using products containing THC, a component of marijuana.

One estimate says 200 vaping stores have closed, while some owners report the loss of nearly three-quarters of their revenue. Some vape shops have been forced to lay off staff. Many owners, former smokers themselves, fear customers will go back to smoking cigarettes.

Spike Babaian says business is down as much as 70% at her three New York vaping shops since reports about people being sickened by vaping products began appearing in August.

Babaian just closed a fourth store rather than take a chance on renewing her lease. She worries about not being able to recoup the lost revenue.

“We can never undo the government going on the news and saying it’s not safe to vape. The damage has been done,” says Babaian, who has been in business for eight years.

Federal health officials have yet to pinpoint the exact cause of the illnesses and deaths. While they search, they are advising Americans to refrain from using any vaping products.

Steve Nair has had to lay off five of the 40 employees at his eight vaping stores in four states; his sales are down by half.

“I had to meet with them a few weeks ago and say, ‘things aren’t looking good,'” Nair says.

The stories are similar at the estimated 15,000 to 19,000 small businesses across the country that sell vaporizers and vaping fluids used as a substitute for smoking.

Sales dropped precipitously as customers were frightened away by the first government reports of people sickened or dying after vaping. The CDC has since said most of the nearly 1,300 illnesses reported were due to liquids containing THC, which gives users the high they’re seeking from marijuana. Those products are sold illegally on the black market, not in neighbourhood stores.

Many people are still shying away from mainstream vaping products and the impact on the industry is pronounced. Greg Conley, a spokesman for the American Vaping Association, an industry group, says 200 stores closed since Aug. 1, a number he calls “a conservative estimate.”

Calls by government officials including President Donald Trump and the governors of states including Massachusetts, Michigan and New York for bans on sales of vaping products are increasing owners’ anxiety. A four-month ban on sales is in effect in Massachusetts. In New York, Gov. Andrew Cuomo wants to ban sales of flavoured vaping liquids. Those products are targeted because of their appeal to youthful vapers, but they account for the majority of sales to all users, including adults.

“That would probably put us out of business pretty quickly. We sell only these products; there’s nothing else to fall back on,” says Nair, whose stores include one in Buffalo, New York.

The CDC reported in 2017 that nearly 7 million adults, or 2.8 per cent of the country’s adult population, used vaping products. Last year, it counted 3.6 million middle and high school students who were using vaping products. Under Food and Drug Administration regulations, retailers cannot sell vaping products to people under 18, and more than a third of the states have higher minimum ages. Store owners are required to verify a customer’s age when they enter a store.

“All you were hearing were headlines saying it was making people sick and killing them. It doesn’t do much for consumer confidence,” he says.

While the industry might not elicit much sympathy because of criticism that it sells nicotine products to minors, industry groups warn of the potential consequences of any ban for the many smokers who used vaping products to quit cigarettes.

Indeed, some owners are hearing from some former customers that they’ve gone back to cigarettes. Owners fear they’ve lost that business forever, but they also worry about the health of people who they’ve gotten to know well.

“They’re just gone. We lost about half our customers,” says Todd Donk, who has one Zook’s Vapor store in Bartlett, Tennessee. He averaged about $30,000 in sales each month before customers fled.

“One guy told me yesterday, ‘my family told me to go back to smoking. They’d rather see me smoke than vape,'” Donk says.

That is frustrating and disheartening for vaping store owners; many started their businesses after successfully using the products to wean themselves off cigarettes, says Dimitris Agrafiotis, executive director of the Tennessee Smoke Free Association, which represents more than 100 small businesses in the vaping industry.

“They opened up these businesses to help people stop smoking,” he says. Many owners do more than just sell products; they help customers find the right vaporizers and liquids to fit their needs.

Missy Pilkington Currie smoked two packs of cigarettes a day before trying vaping products and then starting her business in 2014. Now, “98% of my customers are people trying to stop smoking,” she says.

Currie counted under 600 customer visits to her Vape Scape store in Hobbs, New Mexico, in September, down from nearly 1,700 in September 2018. Her sales are down nearly 60% from last year.

As they fight to survive, owners of vaping stores are relying on loyalty and the hope that people will come to realize that the products they sell are safe.

Nair says customers who have been vaping safely for years are still coming in.

“Some have been with us for 10 years,” Nair says. “They’re still confident in the product and are still shopping with us.”

Owners are hoping that as more people hear the CDC’s determination that the majority of illnesses weren’t caused by products sold in vaping shops customers will return. In the meantime, owners will use websites and word of mouth to tell the public their products are safe, says Jarvis, who is head of the Ohio Vapor Trade Association.

Most owners, whose stores sell only vaping goods, aren’t going to try to sell other products or turn themselves into convenience store operators, Jarvis says.

“We don’t want to muddy the waters. We want to be dedicated specialists for people who want to get off smoking,” he says.