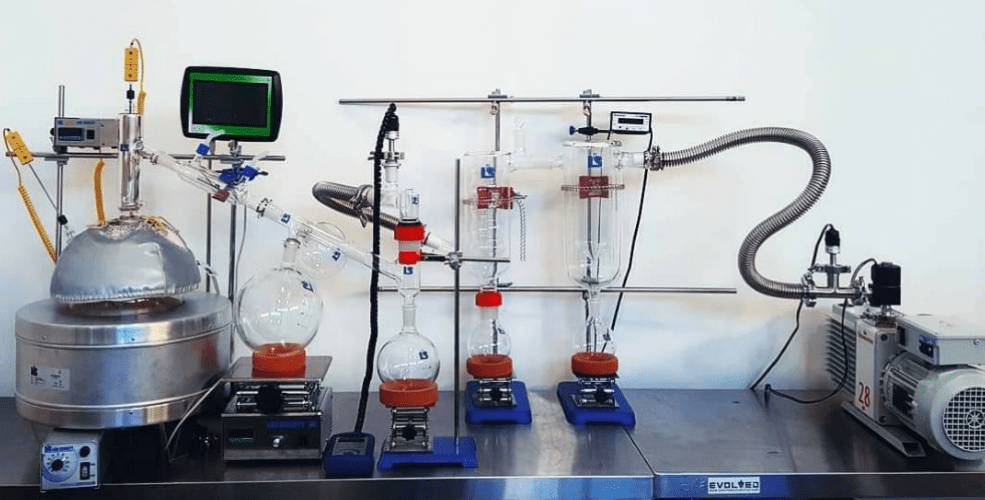 What the black market means for cannabis patents

A patent for CO2 extraction of cannabis has been acquired by Canopy Growth Corporation (TSX:WEED), but will small cannabis companies become potential targets? (1)

We were curious if there is any weight to Canopy’s new infringement allegations against GW Pharmaceuticals (GWPH). So, we spoke with Adam Temple, the CEO of Evolved Extraction Solutions. He has interest in the suit’s outcome and what the black market means for cannabis patents.

Do you see Canopy’s patent suit as viable considering the context of the patent?

So, even if you are granted a patent on something that does not mean it is enforceable. There are four things that are required for a patent to be enforceable. It has to be novel, it has to non-obvious, involve an inventive step, and it must be useful. The one’s in question are, was it novel and was it non-obvious?

We do not know if Italian Nobel Prize Laureate, Rita Levi-Montalcini ever extracted cannabis in her lifetime. She did, however, discover the false endocannabinoid known as PEA in 1993. The neurobiologist also had a laboratory hidden in her bedroom decades earlier that was deemed illegal due to her Jewish heritage during World War 2. So, cannabis research has roots in underground culture deeper than a simple black market. (2)

Patents, not without novelty

Adam is curious if the patent is novel, asking if Canopy Growth (or the patent’s original author) did invent CO2 extraction to extract cannabis. They do hold the first patent for this, so what will the black market cannabis sector mean for this patent suit?

If there was public information about the process that people were doing in the black market, then that’s the real test. This is such a pivotal case because of what’s going to be revealed. If something was done in an illegal setting but communicated broadly on the internet does that mean it’s not novel, or is it novel?

So, any research before 2001 that detailed the isolation of THC with CO2 as a means of obtaining the cannabinoid might also further fault the patent. Before GW Pharmaceuticals, Dr. Geoffrey Guy previously founded Phytopharm PLC in 1989.

Can you elaborate on the non-obvious status of the Canopy Growth patent?

So that’s also quite debatable… It was an obvious thing to use CO2 to extract non-polar compounds from plants. They are just applying an existing invention to a plant that was illegal.

As an example, Brewing Research Foundation was granted a now-expired patent in 1980 to separate the essential oils (terpenoids and terpenes) from hops (a member of the cannabaceae family with cannabis) using CO2. (5)

How do you foresee the impact this patent suit will have on the industry?

What will make a huge impact on the industry and shake things up forever basically (chuckles) is, if they can enforce it. What is the outcome of this? Does Canopy win their patent suit, do they settle with them, or do they lose?

I think you have to make the assumption that they could go after smaller companies because they’re more likely to give up… If one out of ten things is enforceable that could drastically change the impact of not just this particular patent, but the patent portfolio of a lot of these companies. So, I think in the meantime there is a significant risk for people that are using CO2 extraction.

Advice for the industry

Adam and other cannabis equipment processing companies will need to wait for the court to handle things. Afterwards, those companies can establish how to structure their businesses moving forward. In the meantime, do you have advice for companies worried about patent litigation?

So, there is a lot of patents from my research that have been granted and they’ve were not novel. A lot of things were just common knowledge in the industry as far as processes. They were developed in open forums and there is a lot of content in these forums that shows it was public knowledge. So that’s kind of one way to check.

But ultimately when it comes to these suits, I think one of the biggest risks is just the cost of litigation rather than whether you can actually win.

CO2 extraction is used more exclusively for high-terpene extracts at this point. In contradiction to this, Canopy’s newly owned patent excludes high terpene extracts. So, what is CO2’s continued place in the cannabis extraction sector?

I think the industry was already moving away from CO2 for bulk extraction, for example, for things like edibles and distillates, the distillate vape cartridges, or CBD products. Most of that is using ethanol extraction. So it’s based on what end product someone is trying to make with the extraction process.

I think it would be very easy for GW to use other methods that aren’t listed in this patent for their Epidiolex, and I think that would be a lot more efficient. So I don’t think they’re going to get a lot of GW Pharmaceuticals. They could easily move away from that process. And, that’s something else that’s debatable, are they using this [CO2 extraction] process still?

Cannabis patents become finicky at best given the activity of the black market. Adam mentioned the 632 patent is useful, but there are two out of four things that are very debatable – is the patent non-obvious and is it novel?

Let us know if you think black market research and development will affect cannabis patents in the comments. Is Canopy Growth Corporation making an overreaching claim for the sake of publicity?