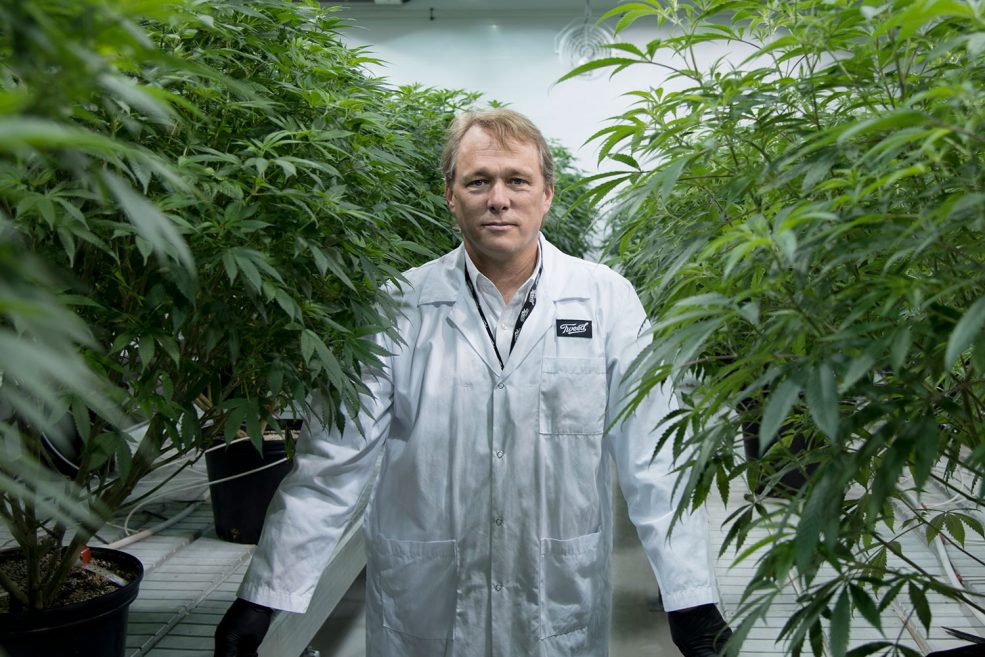 TORONTO and SMITHS FALLS, ON, July 3, 2019 /CNW/ – Today, Canopy Growth Corporation (“Canopy Growth” or the “Company”) (TSX: WEED) (NYSE: CGC) and Bruce Linton announced that Bruce will step down as co-CEO and Canopy Board member. Mark Zekulin has agreed to become the sole CEO of the company and will work with the Board to begin a search to identify a new leader to guide the company in its next phase of growth, which will include both internal and external candidates.

Rade Kovacevic, a long-serving member of the team currently leading all Canadian operations and recreational strategy will assume the role of President. These changes are effective immediately.

“Creating Canopy Growth began with an abandoned chocolate factory and a vision,” said Linton. “The Board decided today, and I agreed, my turn is over. Mark has been my partner since this Company began and has played an integral role in Canopy’s success. While change is never easy, I have full confidence in the team at Canopy – from Mark and Rade’s leadership to the full suite of leadership – as we progress through this transition and into the future.”

“We thank Bruce and Mark for establishing the foundation for a company that is very well-positioned to lead in the emerging global cannabis market,” said Canopy Growth board director, David Klein. “We are also excited to embark upon our next phase of growth as global leader in the cannabis industry.”

Canopy Growth has experienced rapid growth since being founded in 2013, establishing leading positions in Canada’s medical and recreational cannabis markets and building an emerging presence in a number of additional markets around the world. The company recently received a $5 billion (CAD) investment from Constellation Brands, a leading beverage alcohol company, which provides a significant benefit as Canopy continues to establish a first-mover advantage in the quickly evolving global cannabis market.

“While Canopy will never be the same without Bruce, the team and I look forward to continuing to do what we have done for the past 6 years: investing in world class people, infrastructure and brands, and always seeking to lead through credibility and vision,” said Zekulin. “I personally remain committed to a successful transition over the coming year as we begin a process to identify new leadership that will drive our collective vision forward. I know the company will continue to thrive as the Canopy story continues on for years to come.”

The Board has also appointed John Bell as its Board Chair, to be reviewed at the Board’s annual meeting in September when new board members are elected. Bell has served on the board as lead director for 5 years.

Did he step down or was he fired?

While, Canopy’s press release (see above) states that Bruce Linton was stepping down from his roles as co-CEO and board member, he has a different view on the matter.

As he told CBC:

“Let’s be clear. A lot of people like to paint a picture that’s different, but this is a termination.”

The beginning of the end for Mr. Linton’s tenure at Canopy Growth was when alcohol behemoth Constellation Brands invested $5 billion in the company in late 2018. Part of the deal was Constellation Brands being able to appoint four members to Canopy’s seven-person board.

Many believe that Canopy’s disappointing fourth-quarter results, where the company posted a loss of $335.6 million, was why Bruce Linton let go.

Canopy Growth (TSX:WEED, NYSE:CGC) is a world-leading diversified cannabis, hemp and cannabis device company, offering distinct brands and curated cannabis varieties in dried, oil and Softgel capsule forms, as well as medical devices through Canopy Growth’s subsidiary, Storz & Bickel GMbH & Co. KG. From product and process innovation to market execution, Canopy Growth is driven by a passion for leadership and a commitment to building a world-class cannabis company one product, site and country at a time. Canopy Growth has operations in over a dozen countries across five continents.