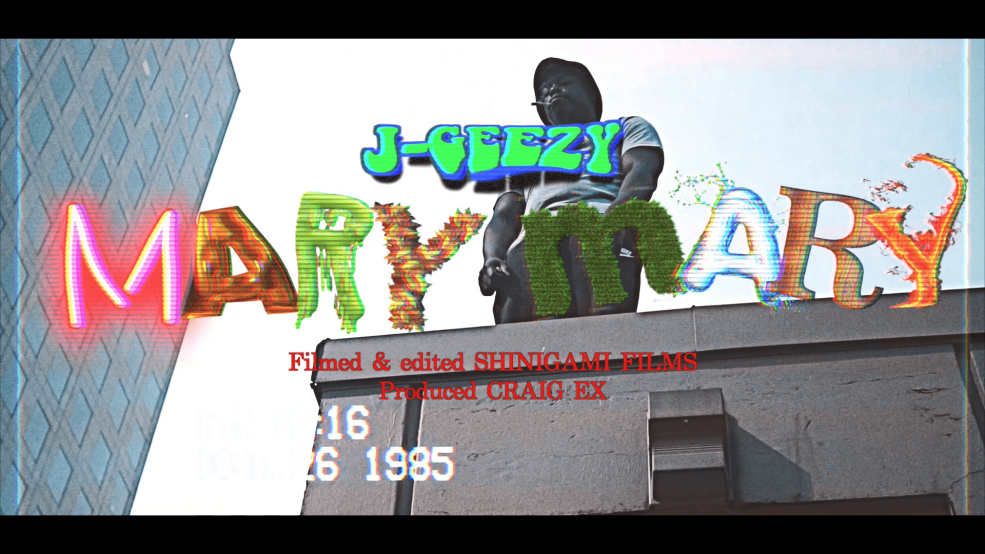 Check out Canadian artist Big Puffa’s (aka J-Geezy) latest video, the heavily weedified Mary Mary, shot on location at Studio 710 in the heart of downtown Vancouver.

There’s a reason why Big Puffa is dropping the video on July 1, aka Canada Day. He’s a BC-based artist proudly repping the G-Town, aka Guildford, to the fullest. He loves B.C. Bud, which explains the inspiration for Mary Mary. It’s very merry indeed, especially if you’d marry that Mary Jane if you could.

The trippy visuals feature a smoking owl, tons of smoke, and a cornucopia of some of the best bud in B.C., along with shots of Big Puffa’s Guildford hometown over a sunny and melodic beat that’s perfect for the summer. Big Puffa’s sing-song flow is super catchy and might remind you of Afroman’s Because I Got High mixed with DRAM’s Broccoli– both stoner classics in their own right.

Behind the scenes of the Mary Mary shoot at Studio 710

Big Puffa describes his music as “hiphop with a lot of different influences such as R and B, soul, jazz, and funk”, and cannabis is a big part of it too- he says that his music is about “60:40 weed-inspired”.

The Mary Mary video really began to take shape when Big Puffa reached out to Studio 710 producer and host Craig Ex, asking if he could use the studio space to get some footage. After Craig heard about the video concept, he thought it would be a bit more fun to add a LOT more weed to it.

These two cannabis-inspired creators actually met at Pot Tv years ago, where they both happened to have shows that filmed on Thursday’s- Craig Ex hosted Expert Joints LIVE! and Big Puffa hosted Tha Puffa Podcast with his homie Big Lach.

Originally, Big Puffa just going to film a few scenes at Studio 710, but after he told Craig about the video concept, Craig got all kinds of ideas. You never know what’s going to ignite that creative spark, and, completely unplanned, that’s when inspiration struck.

“I’ve done a few music videos and projects in the past, but this was the first time I’ve given impromptu direction notes, and they were very well received”.

This wasn’t Big Puffa’s first time recording at Studio 710, but it was his first time shooting a music video there. Puffa said it’s always a good time at Studio 710 and he got really high and enjoyed himself.

“Studio 710 is a great place for content creators of all walks- not just the cannabis community- to come and record their work and I’m proud to be a part of it,” Craig said. He went on to talk about the big plans for Studio 710 in the future and how he’s especially looking forward to “open[ing] up our space to a wide variety of artists to create content in all forms”.

Mary Mary is available on Big Puffa’s 2018 EP called Lowkey Mary Jane 2 and is available on all platforms you can stream music. Make sure to stay tuned for his latest project, called Digging in the Crates, which he calls his most personal album to date.

Check out J-Geezy aka Big Puffa on Soundcloud, Spotify, Apple Music, and Instagram.