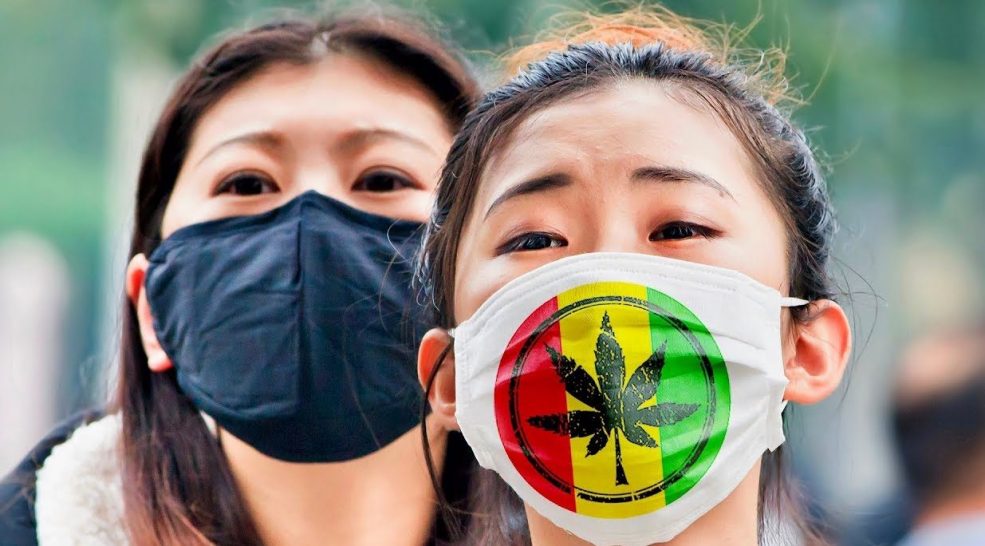 Chinese authorities see the legalization of cannabis in Canada and the United States as a threat that has increased cannabis trafficking into China.

In a June 17 press conference in Beijing reported by CNN, deputy director of the China National Narcotics Control Commission Liu Yuejin said there was a 25% increase in cannabis users over the last year in China, which is now estimated to be 24,000 people. However, with a population of 1.4 billion, he did concede that the number of “cannabis abusers in China” is still relatively low. With a communist government and a history of censorship, it’s normal to be skeptical of this information.

Liu further noted that they had found a corresponding increase in the amount of cannabis trafficked from North America to China, with 155 packages intercepted containing a total of 55 kg of cannabis and cannabis products. Shockingly, it was mostly smuggled by foreign students or Chinese nationals returning to the country after studying abroad.

In China, cannabis can be punishable by death

In China, penalties for possession of an illicit substance is extremely harsh. Both locals or foreigners may face the death penalty if caught with over 50 g of an illegal substance.

Last year, an American student made headlines after his release from a Chinese prison where he was held for eight months. Why? He allegedly lit a joint at a party and passed it to some friends, an action which constituted drug trafficking under China’s zero tolerance cannabis laws. According to the legal team that secured his release, you could get the death penalty for two counts of drug trafficking, and the student was facing four.

But cannabis has been in China forever

Ironically, cannabis was used in China in ancient times as it’s one of the oldest plants cultivated in Eastern Asia. It was grown for grain and fibre and used for rituals and medical purposes. The oldest evidence to date of smoking cannabis for its psychoactive properties was found recently at the Jirzankal Cemetery in western China.

Researchers found cannabis chemical residue in the incense burners used during funeral ceremonies that took place around 500 BC. In order to confirm that the chemical residue was cannabis, researchers used a technique called gas chromatography-mass spectrometry to identify the preserved organic material.

This evidence supports earlier findings and past written works, such as by Herodotus, an ancient Greek historian, who wrote of inhaling cannabis smoke in a tent, as it burned in a bowl with hot stones, purportedly around the Caspian region, in 440 BC.

Robert Spengler, director of the Max Planck Institute for the Science of Human History’s Paleoethnobotanical Laboratories in Germany, notes:

“I think it should come as no surprise that humans have had a long, intimate history with cannabis, as they have had with all of the plants that eventually became domesticated.”

However, he added that the plants burned long ago would not have been nearly as potent as the many modern cultivated varieties today.

With its growing popularity, and research noting proven benefits, the question should be why are illicit drugs like fentanyl less controlled than cannabis?

Fentanyl is 50 times more potent than heroin or morphine and the war against it has come to a scary reality. In the United States, there were more than 28,000 fentanyl-related deaths in 2017 as reported by the U.S. Centers for Disease Control and Prevention.

Health Canada reported 10,300 people had died from fentanyl between January 2016 and September 2018.

“The main source of illicit fentanyl coming into Canada is from China by containers and through the mail, and the majority of it is destined to B.C.”

This echoes the strong position taken by U.S. President Donald Trump back in August 2018, who accused China directly of being behind the opioid crisis. Trump followed this up by pouring billions of dollars of funding into treatment and prevention.

While poor enforcement of fentanyl restrictions in China has allowed this threat to persist and grow, the Chinese government did finally announce the start of a crackdown on fentanyl-related substances in April 2019, adding them to their list of controlled drugs, and aiming to curtail the manufacturing and distribution of one of the world’s most powerful opioids.

With Prime Minister Justin Trudeau attending the G20 leader’s summit in Osaka, Japan, June 28-29, 2019, putting pressure on the Chinese government for resolutions on a number of disputes, including the global opioid crisis and the release of two Canadians in custody, will be at the forefront, along with gathering allies in these negotiations.