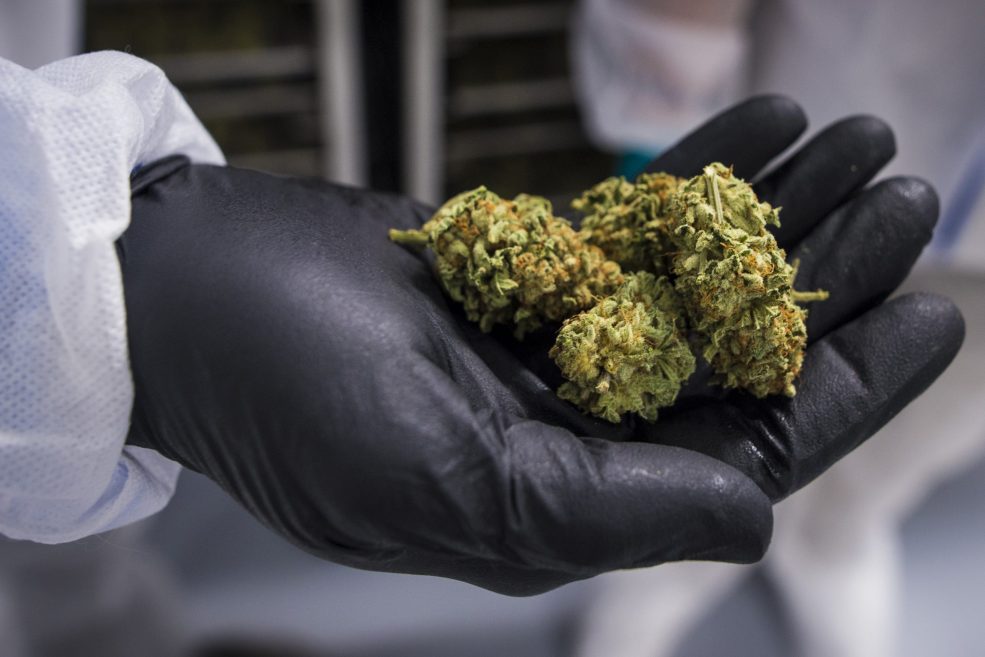 TORONTO — Cole Miller has spent most of his days since 2017 excited about the launch of the Basecamp cannabidiol iced tea he was crafting, but as he visited Ontario cannabis retailers to encourage them to up the number of cases they would stock for its early March debut, he started to get worried.

They wouldn’t budge on their orders because they figured they might have to close stores or reduce hours amid an outbreak of the novel coronavirus.

“That was the first time from word on the street I thought this might actually affect our business,” said Miller, the founder of A1 Cannabis Co.

“We were so focused on delivering beverages to consumers that never tried cannabis before that we needed everything to be right for those consumers to get in the door…. But then with COVID-19 they were like, ‘maybe I might not go into the store right away and try out that cannabis beverage.’”

The threat to his business, which is due to bring its beverages to B.C. and Alberta next month, makes him part of a growing group of cannabis companies, organizations and entrepreneurs, who suspect the virus will make a predicted tough year for the industry even worse.

In the past six months, industry funding has been drying up as thousands of cannabis workers were laid off from flagship cannabis brands such as Aurora Cannabis Inc., Canopy Growth Corp. and Tilray Inc.

An outbreak of the novel coronavirus has only exacerbated matters. Cannabis deliveries throughout the country have been delayed. Stores are temporarily closed in many cities and across all of P.E.I., while others are limiting hours. Job cuts for the industry are climbing higher and faster than expected.

“If we don’t take measures now to protect the industry…and the sale and production of cannabis going forward, we put at risk all of the progress that we made from a policy perspective, and we serve a victory to the black market,” said Rick Savone, senior vice-president of global government relations at Aurora, which eliminated 500 jobs and took goodwill writedowns between $740 million and $775 million in February.

His company was among 71 cannabis firms, including Canopy Rivers Inc., WeedMD, Organigram Inc. and Fire and Flower Inc., who wrote to Finance Minister Bill Morneau and Industry Minister Navdeep Bains on Monday asking to get access to wage subsidies being made available to small businesses in several other sectors.

They want to be able to land funding through federal agencies, Export Development Canada and the Business Development Bank of Canada, which they say has indicated that cannabis companies cannot access $10 billion in stimulus funding they have to offer.

“We’ve got in Canada about 400,000 medical patients who rely on the production of cannabis that we produce and the first thing that is going to happen is that we are going to threaten that supply,” Savone said.

“On top of that, there are a whole host of other Canadians, that also use it for medical reasons that may not have a prescription from their doctor… and this is threatening to disrupt that supply to those patients.”

Theo Zunich, the chief executive of YSS Corp., knows the struggles the industry is facing quite well.

His Calgary-based business operates 17 cannabis stores in Alberta and Saskatchewan, but has had to close one store and dramatically cut hours at others as staff have opted to take the company up on its offer to let workers leave their jobs if they are concerned about COVID-19.

“We’re just constantly balancing this decision of whether we should put everybody on employment insurance and lay everybody off with the understanding that most of our staff really need more than 55 per cent of their pay to make their bills,” he said.

He “wholeheartedly” agrees with the sentiment of the letter his fellow cannabis businesses sent, but said even if his company did qualify for such aid, it would do little to help.

“It’s so immaterial for an operation of our size.”

Back in Ontario, Miller didn’t think much of the calls for help, though he recognizes the industry is in trouble.

“Cannabis companies have been largely mismanaged and have put themselves in some pretty precarious cash positions, where a lot of them are running out of cash or sales expectations are out there,” he said.

“A lot of these larger companies are using this as a great excuse to get some sort of better loan or bailout or financial support. I don’t think they should be compensated or rewarded in any way for that.”

Cannabis companies are still experiencing steady demand, Miller said, though he suspects sales of edibles and beverages would be between 25 and 30 per cent higher had COVID-19 not happened.

Ontario’s pot distributor, the Ontario Cannabis Store, has said it received almost 3,000 orders two Saturdays ago, an 80 per cent increase over an average Saturday. The Quebec equivalent, Societe quebecoise du cannabis, also experienced a spike in sales around the same time, but declined to say how big the spike was.

Miller believes companies will best be able to take advantage of that surge if governments consider cannabis stores an essential service and allow them to stay open, even as retailers, restaurants and other public venues are being pushed to close their doors to stop the spread of the virus.

“Consumers are going to continue to buy cannabis, and they’re not going to slow down,” Miller said.

“Companies can launch brands and be successful in this time even though it’s more complicated.”