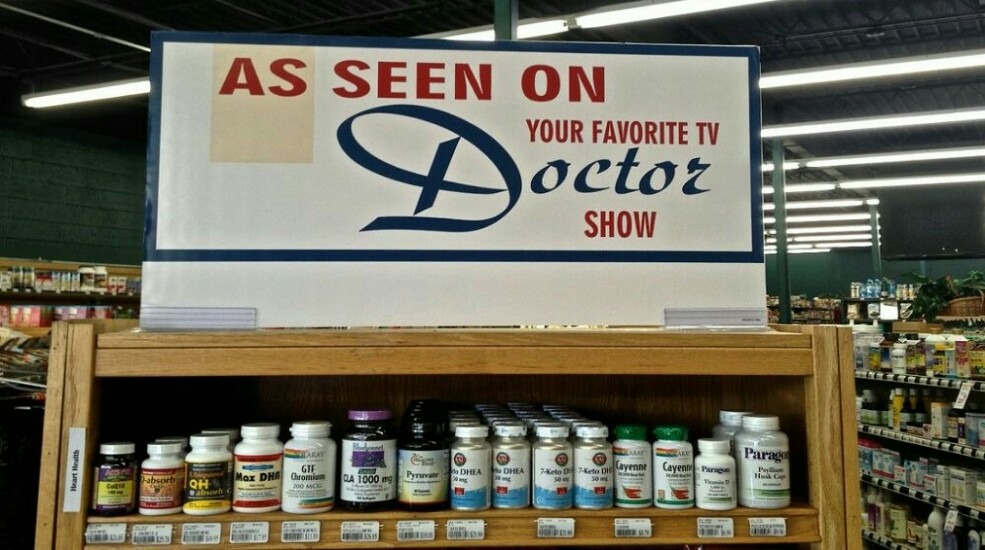 Grocery stores are stocked full of labels and claims from companies marketing products and their brands. Health Canada regulates a long list of legal definitions for food in a crude attempt to prevent false advertising, “low-sodium” for example. At the same time, you have “natural,” “pesticide-free” foods still filled with “fungicides” coming from an inorganic “farm” with the words “nutrient-dense” right in their name! A food chalked full of cholesterol or saturated fat is certainly dense with nutrients, but not necessarily, “healthy” or “nutritious.”

Now, there is a newfound sector creating a profit off of “turning crap into gold,” – remediating mouldy weed into marketable oil. Cannabis is legally a natural health product, so it can bypass certain regulations required for “food.” There is also an advertisement restriction on Canadian cannabis that promotes opaque practices. With this, the market has the potential to liberally back itself with intricate legal claims that teeter on false advertising like, “extracted from botanical sources.“

GW Pharmaceuticals has cleverly used that familiar phrase for over a decade to define their ethanol-filled THC:CBD blend, Sativex. The idea that Sativex comes from a plant and that it is only “semi-synthetic” due to its extraction process is a strong belief for some. We will not refute this conviction, however, we can explain the two separate definitions that are formed by GW’s statements.

Under its core definition a semi-synthetic is a substance that has been synthesized or degraded chemically but began as an organic compound. So, a plant that has been extracted with solvents becomes semi-synthetic. Based on this claim, the “botanically sourced” THC in Sativex can certainly be derived from cannabis, much as it is within extracts.

Not all botanical THC starts from cannabis

The artificial version of THC, dronabinol is typically a complete “synthetic” with no organic starting material. Interestingly though, is how this pharmaceutical can be produced as a semi-synthetic by starting with a “botanical source” instead of purely man-made substances. Botanical, however, in no way means this artificial replica ever came from cannabis.

Organically, cannabinoids begin when a cannabis-specific enzyme catalyzes the reaction of two non-cannabis specific substances. One of the substances, known as olivetolic acid is found outside cannabis in strains of lichen, genetically modified yeast, and E. Coli. These are used as alternative sources for THC, but fungus and bacteria are not ‘botanical.’ The other substance, geranyl pyrophosphate (GPP) is rather quite common in plants. Many monoterpenes are synthesized from GPP, beginning with limonene or geraniol. GPP is a secondary ‘botanical source’ for semi-synthetic THC analogues.

Artificial regents alien to cannabis can be mixed with olivetolic acid and plant-derived GPP. To create semi-synthetic “botanically-sourced” cannabinoids.

Dr. Alexander ‘Sasha’ Shulgin, often known as the “Godfather of Ecstasy”, described a method to synthesize THC in one of his infamous encyclopedias of drug synthesis methods, PIHKAL. He combined an olivetol-rich lichen with GPP-rich orange oil to produce a botanically-sourced “cannabinoid” that nearly resembled THC. It is almost amusing to think of recreating cannabis by pulling a few scabs of lichen off a stone and an orange peel from a trash can, except for the fact that an artificial catalyst has to also be present to replace specific enzymes. That is why Dr. Shulgin also used phosphoryl chloride along with other regents in his proof-of-concept THC synthesis.

That concept strays ever farther from amusement when it crosses into production. Viability requires a practical process where the fungus is stripped of its olivetolic acid by CO2 or solvent extraction. Undisclosed chemical catalysts are then used to start a reaction between the fungal extract and purified GPP concentrate. Incredibly, this is not enough for a conglomerate in the business of producing cannabinoids, who have ordered an even more efficient, artificial process.

Large-scale cannabis producers have scrapped the orange peels and phosphoryl chloride. They utilize a method in which the olivetol-producing fungus or bacteria was genetically modified so it produces not only GPP, but synthesis catalysts as well. Only Petri Dishes are required now that yeast and E. Coli were bio-hacked to replicate enzymes. The reality of the legal market is a drastic leap from amusement, since the THC and CBD in your Edison Co. vape pens by Organigram are likely not “botanically sourced” at all anymore, but are rather of fungal origin.

We will not convey the idea that any drops of THC used in Sativex were obtained from mould or alternative botanical sources other than cannabis. Although, it should be said that false advertising in the legal cannabis industry is almost more fickle than old black market slang. Organigram’s Ray Gracewood told us their upcoming dissolvable cannabinoid powders came from “strains,” not cannabis.

Newly modified “strains” of olivetol acid-producing fungi or GPP prolific plants could be given names that replicate familiar cannabis strains. That Alien OG CO2 extract sounds like a steal of a deal! Right?

Now, Canada’s retailers are rolling out vape pens loaded with 25% unknown fillers and cannabinoids derived from mysterious origins. Shadows hanging over legal cannabis store shelves are far darker than those over the dry soup aisle of a grocery store, despite the limited amount of lab testing required by Health Canada.

Health Canada has only just agreed to begin testing emissions on vape products, but not other cannabis products. They have not restricted the dangerous filling agent, alpha-tocopherol from being added to inhalable extracts, either. Cannabis consumers and medical patients alike have become an open market of lab mice for geneticists and pharmacists to trial untested products on. A process that would normally take ten years of clinical testing with well-informed study subjects to rule out any health hazards before a profit could be earned. Instead, consumers are left under the shadow of opaque practices and misleading marketing phrases.

That shadow is dangerous for the populous. If only we had transparency from producers and regulators alike.

Photo courtesy of the The Federalist