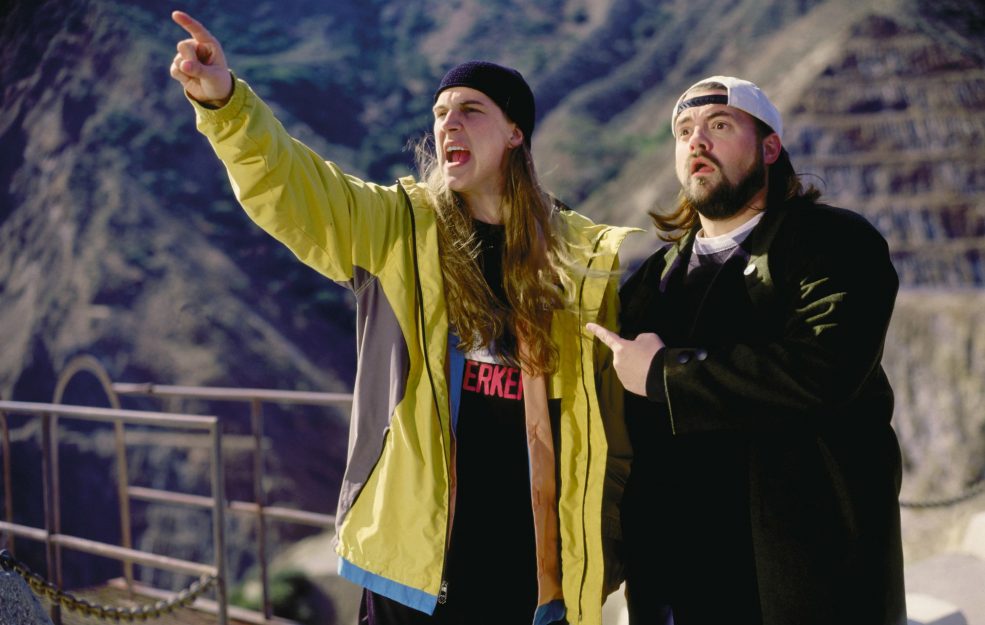 Jay and Silent Bob are back! Director Kevin Smith, aka Silent Bob, just dropped the official red band trailer of his latest film, Jay and Silent Bob Reboot, on his YouTube channel and as of writing, it’s already racked up over 930k views!

Kevin Smith is one of Vancouver Film School’s most famous dropouts, and the Jay and Silent Bob Reboot trailer is dripping with early 00’s nostalgia, as it’s been 18 years since the stoner classic Jay and Silent Bob Strike Back, and as the title of the latest movie suggests, it’s a reboot of sorts.

An extremely meta, tongue in cheek, self-aware and endlessly self-referential reboot with a plot that mirrors 2001’s Jay and Silent Bob Strike Back (which is on Netflix, btw) except now Jay and Silent Bob are looking a little older, a little more wrinkly…. but their mouths are as filthy as ever. Well, except for Bob because he’s the strong silent type.

The trailer is also littered with superhero references, but Jay and Silent Bob are no slouches in that department, either, as they are the (not so) secret identities of Bluntman and Chronic, which are the stoner versions of Batman and Robin. In a moment of inspired casting genius, it’s revealed that former Batman Val Kilmer is playing Bluntman in “the new comic book movie being made of the old comic book movie [Jay and Silent Bob] were the basis for” which the dastardly duo has again vowed to stop.

Kevin Smith was making geek movies before the current comic book movie explosion and we are definitely looking forward to his irreverent, foul-mouthed take on the fandom and culture, that will mock everything from Ironman to Batman vs. Superman.