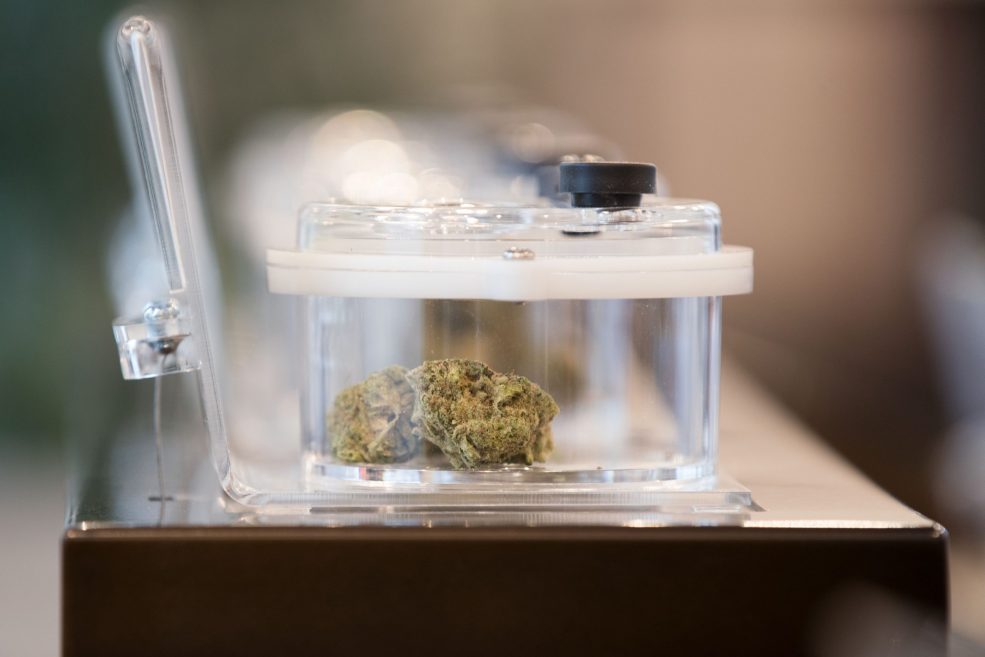 TORONTO — Lisa Bigioni was awoken last September in the middle of the night by a call from an alarm company that’s been seared in her memory ever since.

The 1:30 a.m. alert was linked to her Niagara Falls, Ont. cannabis store, where two men had been caught on camera getting out of their car, smashing the shop window and then driving away. It was enough to send Bigioni, who had been fast asleep, scrambling to meet police at the store.

Luckily, no staff had been on site, but it was “terrifying” for Bigioni, who started wondering if this would become a routine part of the business.

“It was like uh-oh, is this what is going to happen now?” she recalled. “Is this what this kind of store brings?”

The window-smashing happened just four months after her store opened in June, but is part of an array of challenges cannabis retailers across the country have faced since first welcoming customers.

Between inventory levels, security and staffing, the stress of trying to figure out a new industry has been demanding for business owners.

Bigioni expected there would be challenges. Legalization, after all, thrust cannabis store ownership into the hands of hundreds of people across the country, many with limited business or pot store experience under their belts.

She had been working as a director at the University of Toronto when she won a licence to open one of Ontario‘s first 25 cannabis stores through a lottery held in Jan. 2019.

That prompted a move to Niagara Falls and a resignation from her job.

“I couldn’t sustain doing both because it was that super stressful time,” she said.

Getting the store ready, which she runs in partnership with B.C. cannabis firm Choom Cannabis Co., within a short window was the most tense time for Bigioni, but the months since haven’t been without their struggles.

On top of the break-in and a few quibbles with their point-of-sale system, Bigioni said the store has been grappling with cannabis supply issues.

“Supply by and large is available, but not necessarily in the specific strains that people are looking for or have bought or want to buy consistently,” she said. “There are strains that came out, were really popular, got really great reviews, and then they’ve been difficult to get since.”

She finds that anything with a low price and a high quantity of tetrahydrocannabinol — the main psychoactive component in cannabis — is always in demand and sells out quickly.

“One week something could be a high THC product at a low price and the next batch could come in at a 5 per cent lower THC, which doesn’t necessarily meet what the customer’s looking for,” she said.

Over at the Nova Cannabis store in Toronto, supply is also a challenge — particularly when it comes to edibles.

“We thought we were going to have more selection than what we had,” said Heather Conlon, the owner of a lock-and-safe business, who partnered with Edmonton-based licensed producer Alcanna Inc. for her store.

Consumers have been scooping up edibles so quickly that it has been hard to keep any on shelves and licensed producers are still in the process of increasing their output.

The OCS said they are shipping products out as quickly as possible and anticipate the supply of edibles will be become “much more steady” in the coming months as producers capacity expands.

Conlon’s first edibles shipment from the Ontario Cannabis Store, the province’s pot distributor, was mostly vapes, chocolates and cookies. The latter two were sold out within hours.

Nova’s deliveries have recently begun to include teas, gummies, soft chews and mints, but even with more selection, products still sell out within a few days.

It’s always a week until more arrives and when it does, there is not always enough to satiate consumers since licensed producers are still ramping up edibles production.

Shoppers aren’t just clamouring for the treats available either. They’re also constantly asking about other items cannabis brands have announced but have yet to ship.

“We’re just mainly waiting now for beverages and topicals. Those are the main two things that people are still looking for,” said Conlon.

She still counts herself lucky because her store hasn’t faced vandalism like Bigioni’s.

Aleafia Health Inc. had a shipment of “packaged, finished” cannabis products stolen in late December from a truck the cannabis company had hired to deliver the items to provincial wholesale facilities.

“Two suspects entered the store and robbed the store at gunpoint,” he said. “It was pretty quick and they did make out with cannabis and cash.”

An employee at the Edmonton-Northwest Landing store was assaulted in the process.

The incident made the company think about safety more than it already did.

“We do daily huddles with all of the staff and reinforce certain aspects of various policies, so we definitely prioritize the staff-related ones in times when those rashes happen,” he said.

The incidents have challenged YSS and made them think about how to abide by regulations.

In Alberta, cannabis and related accessories must be kept out of sight of minors.

Many have resorted to covering their windows completely to abide with regulations, but Zunich said stores can use other visual barriers or position products in other areas of their shop.

“We are not there yet, but we are hopeful.”