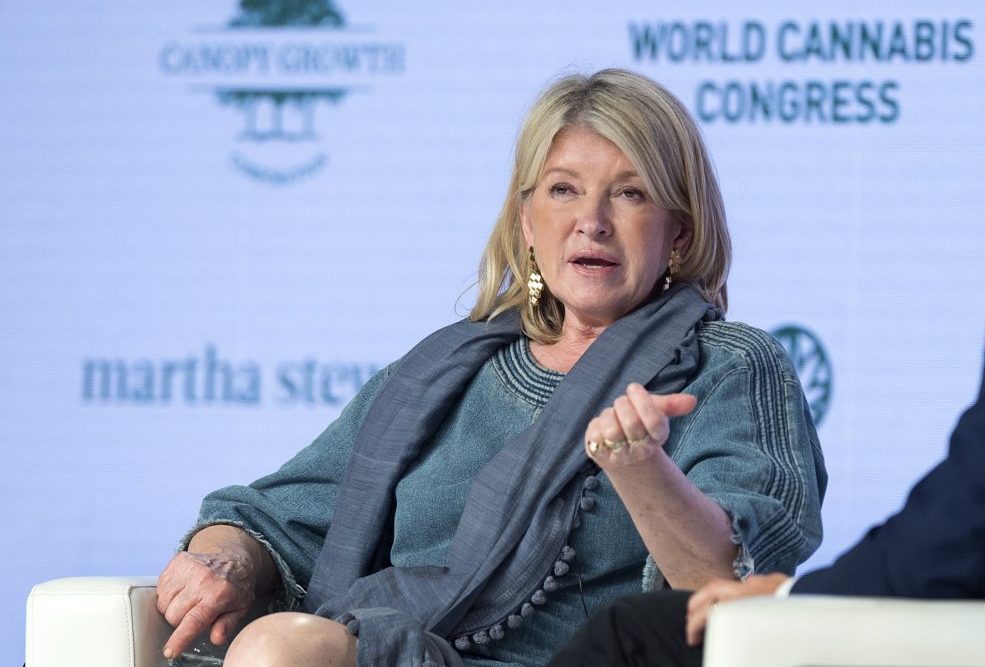 TORONTO — A CBD line of products Martha Stewart is developing with Canopy Growth will likely hit the market in the middle of next year, said the American food and lifestyle guru.

The pair is working on some “really good projects right now” and if all is approved they would be ready by mid-2020, said Stewart Tuesday.

“We’re developing different things for the home, for food and for pets at present. I’m also interested in skin care and other things like that,” she said during an on-stage interview at the Elevate Conference in Toronto.

In February, Stewart said she was teaming up with the Smiths Falls, Ont.-based licensed producer in an advisory role to develop a line of products containing cannabidiol or CBD.

Canopy said at the time it would leverage Stewart’s knowledge of consumer products while exploring the use of CBD and other cannabinoids as they related to both humans and pets.

CBD is the non-intoxicating compound found in cannabis and hemp. While pot remains illegal at the federal level south of the border, the U.S. legalized hemp cultivation at the end of last year.

Meanwhile, the U.S. political climate is becoming more receptive to cannabis with legislation potentially opening the door to the massive market. Earlier this year, the bipartisan STATES ACT — legislation that would amend the Controlled Substances Act and could effectively make cannabis federally legal in states where recreational consumption is legal — was reintroduced in Congress.

And this week, the U.S. House of Representatives is set to vote on the Secure and Fair Enforcement Banking Act — legislation that would offer protections for financial institutions that serve state-authorized cannabis and ancillary businesses.

Stewart also said during the discussion alongside Canopy’s chief executive Mark Zekulin that she hoped that cannabis would be legalized eventually in the U.S.

“There’s been a tremendous stigma attached to it in terms of crime… And I think that, that will all go away.”

She said she ventured into the space because it was an “emerging and exciting market.”

Stewart, who has written several cookbooks, said she isn’t ruling out developing one focused on cooking with cannabis.

“I’m not ready to do it yet, but that might be a possibility,” she said.

This report by The Canadian Press was first published Sept. 24, 2019.