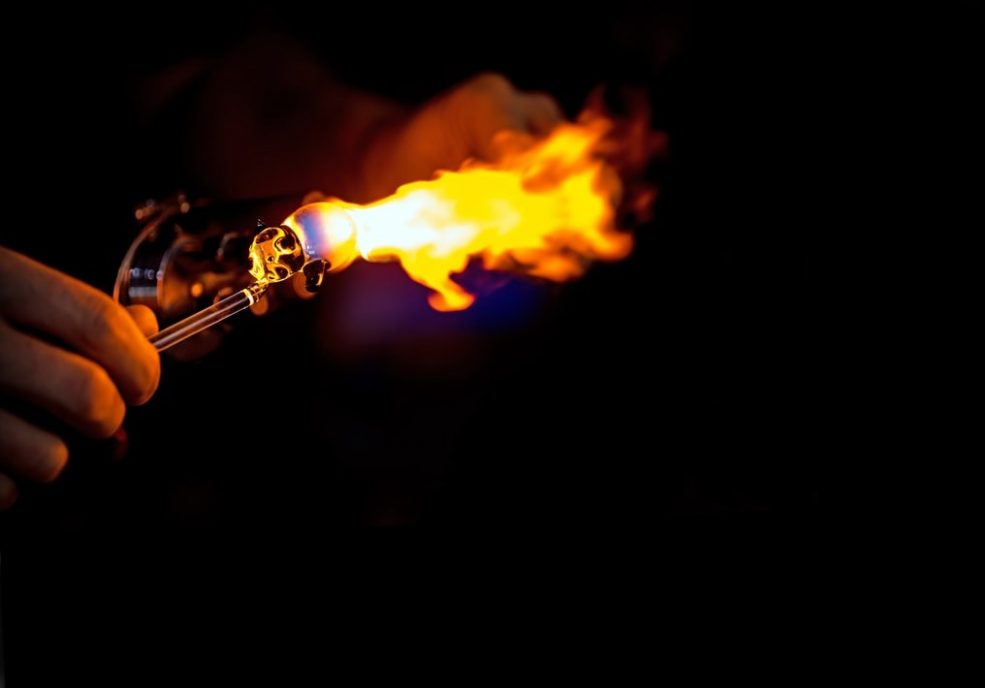 Parenting during Prohibition – an interview with glass artist Red Beard

Raising kids is hard. Growing the quality of cannabis required to deliver a medical benefit is also difficult. Doing both at the same time is even more so, especially with the ever-changing legal market. With the current framework in place, Canadians can legally grow up to four plants for their personal use, and with the addition of an ACMPR, your plant count can increase, though it is doctor dependant.

And although that is the reality of cannabis legalization at the moment, many medicinal users still find that the stigma surrounding the use of this plant remains prevalent.

Thanks to federal legalization, however, if a police officer walked into your home, saw some weed growing and knew you had children, they wouldn’t give you a hard time anymore. Twenty years ago, that was not the case.

This topic came up with prolific glassblower Patrick Vrolyk, more commonly known as Red Beard, a career from which he has earned his living for over 20 years. Having suffered from chronic IBS and arthritis, Red Beard has relied on his use of medicinal cannabis to be able to use his hands, and ultimately put food on the table. He has a prescription for the plants that he has grown, and he has raised two kids alongside. Being curious about his experience, we seized the opportunity to phone up Red Beard and ask him what openly growing plants with kids has been like.

How long have you been growing and how many kids do you have?

I’ve been growing for 24 years, and I have two kids, eighteen and twenty.

Why do you grow cannabis?

The same reason I prefer to grow my own tomatoes. I know exactly how they are produced, and that has produced the best therapeutic result for me. Plus, I grew up in a greenhouse – my dad is a horticulturalist, and so it felt very natural to grow my own medicine.

What do your kids know about what you’re growing?

Now they know everything. As soon as they were old enough, I was open to them. I was a single dad so they had to know where to find me. I mean the room in the basement was always locked, but they needed to know where I was if they got up in the middle of the night, or if there was an emergency and so forth.

What did you tell them?

That it was my medicine.

If a teacher asked them what their dad did for a living, what did you tell your kids to say?

That I am a glassblower but I that I also grow my own medicine. There were a few instances where the school called to complain about their backpacks and hair and saying that my kids smelled like a grow-op. I never thought to wash their backpacks, as I didn’t think about those smelling like weed.

Where was this? Was this a big city? The interior?

Two different schools actually. One was a small town, the other wasn’t.

So, the school boards never gave you a problem? On more than one occasion?

No, schools have real people in them. They don’t want to tear apart families and ruin lives. The stigma with cannabis brought all kinds of problems when it came to other parents and kids, however. I’d say that was the biggest impact – other kids weren’t allowed over, no sleepovers, birthday parties, stuff like that.

How do your kids feel about cannabis today? Do they use it?

One kid hates it, the other is indifferent.

What about alcohol or other recreational drugs?

They have never been into any of that.

It seems like your kids aren’t really into substance use.

While there is clearly much work still to be done within the federal legalization framework, one of the best leaps forward has been the breakdown of the imprinted stigma towards cannabis use, and its consumers. As the market increases, and continues to widen its use throughout the country, we should expect that stigma to continue to fall away – a move, a long time coming, in the right direction.