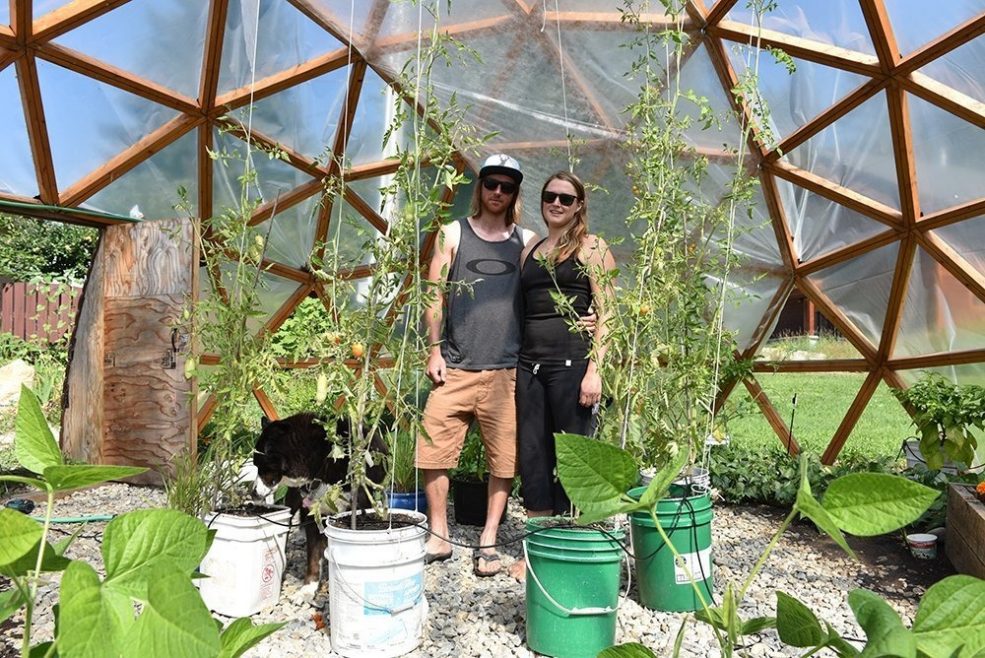 The recent case of a Revelstoke home that got raided by the RCMP over three cannabis plants has made BC’s cannabis laws a laughingstock across the country. It’s not only due to cannabis being legal in Canada since October 2018. But because you’re allowed to grow up to 4 plants!

So how did this happen? It’s the fault of BC’s Cannabis Control and Licensing Act (CCLA), which was created by John Horgan’s NDP government.

Section 56 (g) of the CCLA states, among other things, that you can grow cannabis only if:

“The cannabis plant is not visible from a… “public place” by an individual unaided by any device other than a device to correct vision”.

Which begs the question…

What is considered a public place?

The CCLA defines “public place” as “any place to which the public has access as of right or by invitation, express or implied, whether or not a fee is charged for entry”.

But this is where the raid in Revelstoke gets complicated. The three cannabis plants in question were only noticed when an off-duty cop saw them while attending a community garden tour on someone’s private property.

Keep in mind there can be a huge difference between following the letter of the law and common sense. The crux of the issue is whether the authorities were being too overzealous with the application of the law.

But first, we need to know..

What happened in Revelstoke?

On July 28, Anna Minten participated in Revelstoke’s seventh annual Garden and Art Tour, a popular self-guided event. In this event artists and gardeners team up to display their work to the general public.

Minten’s garden was a stop on the tour, and one of the attendees was an off-duty cop. He saw the three cannabis plants on Minten’s property.

On Friday, Aug. 2, Revelstoke RCMP executed a search warrant at Minten’s home while she and her husband Emmanuel Levesque Dupere were out having dinner.

When they returned, the couple realized the RCMP had searched their home, including the rooms of their tenants. After, finding their belongings moved around and a copy of the search warrant on a stool, as reported by the Revelstoke Mountaineer.

According to the warrant, the police said they had:

“Reasonable grounds for believing that the following offences have been committed:

Grown non-medical cannabis that is visible from [a] public place, contrary to Section 56(g) of the Cannabis Control and Licencing Act”.

The Revelstoke Local Food Initiative (LFI), the organizer of the Garden and Art Tour, told CLN:

The Revelstoke Local Food Initiative’s Garden and Art Tour brings together the community by sharing local gardens and art displays and has done so for 7 years.

At this point the LFI is seeking more information from government with regards to the Cannabis Act, so we can help to better educate the public.

There are huge problems with the CCLA, and it’s almost ironic if you consider how BC is home to some of Canada’s best growers. Yet it has some of the country’s dumbest growing laws. You can thank John Horgan and the BC NDP for that!

If you’re wondering how the Cannabis Act factors into all of this.

The Cannabis Act is the federal act regulating cannabis, which laid the foundation for cannabis legalization in Canada. The provinces and territories had the option to accept the regulations in the Cannabis Act as is, or create stricter cannabis rules. This is exactly what BC did with their growing laws in the CCLA. Since, the requirement that you can grow only if it isn’t visible from a public place is nowhere in the Cannabis Act.

This is one reason why Canada’s cannabis laws are so confusingly inconsistent.

No other province has a law saying your 4 legal cannabis plants must be hidden from public view.

This rule about hiding your plants is only here in BC.The BC NDP need to fix their Cannabis Control & Licensing Act.

Did the RCMP overreact?

Was this eagle-eyed off-duty cop too overzealous? Well, in the court of public opinion, the RCMP has been roundly criticized on social media for overreacting.

Nathan Lidder, the founder of Coal Harbour Law, specializes in cannabis law. He told CLN it was “a terrible waste of resources and pretty heavy-handed when you’re dealing with people in a small town growing only three plants.

“There are only a certain amount of resources to deal with offences generally, and I’d hazard a guess that a knock on the door and a warning from the RCMP would have sufficed in this situation.

The following tweet from Dana Larsen gives us an idea of just how much the raid cost, at least in man-hours:

As Minten, the homeowner who was raided, told CTV:

“It was three plants in my garden set back from the road – you wouldn’t be able to tell what they were from the street”.

She’s got the pictures to prove it, as the photo below shows:

The photo was taken from the road, and the couple is standing where their cannabis plants were located. You might have to squint or zoom in see them! If you need help finding them, look at the shed in the very far back.

The law is being unfairly applied

Cannabis lawyer Nathan Lidder also made a salient point, about how cannabis laws are being unequally applied to individuals and massive cannabis corporations. He also pointed towards beleaguered licensed producer CannTrust as an example, saying:

“You’ve got licensed producers like CannTrust growing thousands of kilograms of unlicensed cannabis. And the big companies don’t seem to get treated the same way individuals do. It’s very concerning.”

And he’s right. CannTrust was caught growing almost 13,000 kg of illegal weed. While the cannabis has been put on hold pending an on-going investigation that began in early July, there have been no raids or arrests so far.

Meanwhile, someone in a small town grows three plants that are barely visible from the road, and they get raided!

“We’re seeing a misapplication of the law that depends on who you are, where the corporate entities tend to get a pass. In all this it’s the individuals that get caught in the cross hairs of these kinds of situations.”

But he hopes that the RCMP realizes that in these situations, a soft approach can be more effective. Also, police don’t need to knock down doors and bust open locks.

He also pointed out that “a lot of police in small town communities have been pushing a community policing model where they actively engage in the community, and this just flies in the face of any of those efforts.”

RCMP responds to the criticism of Revelstoke raid

In an August 6 press release, Cpl. Mike Esson of the Revelstoke RCMP stated:

“The Cannabis Control and Licensing Act was created to ensure the production, possession and distribution of cannabis would be done in a safe and controlled manner.

Unfortunately, the violations of CCLA by some of our residents has brought some negative light to Revelstoke and the Garden and Art tour.

By not properly growing cannabis plants, the residents have opened themselves up to the possibility of theft of the cannabis and drugs falling into the hands of youth in our community.”

But was it really the three cannabis plants that brought negative light to Revelstoke’s Garden and Art tour, or was it the overzealous actions of the RCMP that did it?

Also, pay attention to the subtle propaganda in the press release’s last paragraph, where it says “possibility of theft of the cannabis” . Then it immediately uses “drugs” instead of “cannabis”. When talking about the risk of it “falling into the hands of youth”, while referring to the exact same thing!

It seems that even in the face of overwhelming criticism for their response to three cannabis plants. The authorities can’t help themselves from spreading a little Reefer Madness.

Opinion: I claim my cannabis