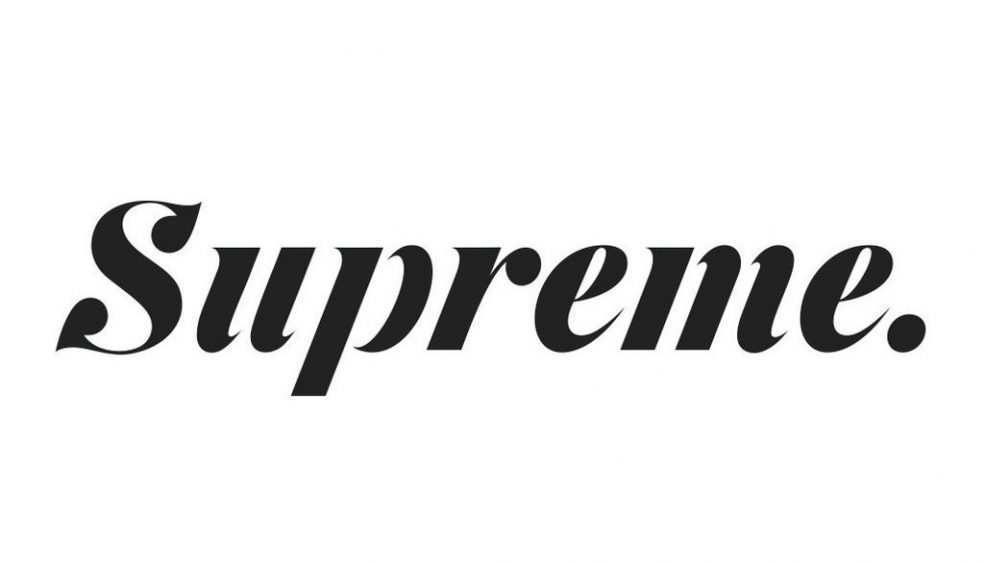 “We end fiscal 2019 as one of the few Canadian cannabis businesses building sustainable operations and valuable brands, reporting $3.2 million in Adjusted EBITDA1 for the fourth quarter,” said Navdeep Dhaliwal, CEO of Supreme Cannabis. “Our positive Adjusted EBITDA and significant revenue growth in the fourth quarter reflects the rapid scale of our 7ACRES business and continued strong sales pricing for our brands from the provinces as we transition our premium supply to recreational sales channels.”

“With strong confidence in our core business, we began fiscal 2020 with two accretive acquisitions that expanded our addressable markets, provided valuable licensed operating assets and focused expertise,” Mr. Dhaliwal added. “As we integrate these businesses and realize further efficiencies from our scaled 7ACRES operations, we expect all of our brands to meaningfully contribute to the revenue we have forecasted for fiscal 2020. Amidst the noise of this new marketplace, Supreme Cannabis has taken a strategic and disciplined approach to develop a focused business with clear pillars: best-in-class infrastructure, top consumer brands, advanced intellectual property, and high-impact and capital-light exposure to developing international markets.”

In the fourth quarter, 7ACRES continued to transition sales from its legacy wholesale contracts to recreational sales channels, increasing revenue from recreational markets by 51% between Q3 2019 and Q4 2019. As the brand continues to build equity amongst consumers, it will bring new proprietary strains to market. Subsequent to the fiscal year ended June 30, 2019, 7ACRES’ launched its proprietary strain, Jack Haze, the first sativa dominant strain to enter the market under the 7ACRES brand. With its novel traits, and differentiated profile, Jack Haze is securing premium pricing in the select provinces where available.

In the fourth quarter, under its partnership with Khalifa Kush Canada ULC (“KKE”), Supreme Cannabis expanded its product offerings beyond whole flower with the launch of premium KKE Oil. The Company’s KKE Sensi Star Oil was the first oil launched under the KKE brand. The Company will create other ultra premium products for recreational consumers under the KKE brand, including pre-rolls, derivative products and flower.

Anticipating the next phase of cannabis regulations and the legalization of derivatives products, the Company prepared to enter the cannabis extracts category through its  partnership with Pax Labs, Inc. (“PAX”). Pursuant to this partnership, 7ACRES, became one of only four licence holders to supply cannabis pods for the PAX Era vaporizer in Canada. The Company benefits from PAX’s strong brand recognition, reputation and market leading vaporizer technology, selling more than 500,000 Era devices and over one million devices in the flower vaporizer category.

Over the course of fiscal 2019, Supreme Cannabis explored opportunities to grow its brand portfolio, pursuing focused businesses that would benefit from the Company’s expertise in regulated operations, brand building, commercialization and regulatory affairs. In May 2019, the Company entered into a definitive arrangement agreement to acquire Blissco. Subsequent to the fiscal year ended June 30, 2019, Supreme Cannabis closed the acquisition of Blissco, accelerating the company’s growth into the premium wellness and global cannabidiol (“CBD“) industry with an authentic brand focused on whole plant wellness and committed to sustainability.

Subsequent to the fiscal year ended June 30, 2019, the Company rounded out its brand portfolio, announcing the acquisition and closing of global medical brand, Truverra Inc. (“Truverra”). With the acquisition of Truverra, Supreme Cannabis gains a skilled management team with decades of pharmaceutical industry experience and a growing CBD business in Europe. The company’s existing CBD offering includes balms, softgels and organic oils. Supreme Cannabis expects to realize meaningful contributions from its new brands and partnerships in the second half of fiscal 2020.

In the fourth quarter, Supreme Cannabis continued to scale its premium cultivation facility in Ontario. 7ACRES’ hybrid greenhouse was approved for an additional 50,000 square feet of production capacity, growing to a total of 23 licenced flowering rooms and 230,000 square feet of licenced cultivation space. Subsequent to the fiscal year ended June 30, 2019, in August 2019, 7ACRES obtained Health Canada Approval for its 24th flowering room and has already commenced planting in this additional licenced room.

As construction on the 7ACRES’ facility nears completion, Supreme Cannabis has chosen to build additional support infrastructure on the six-acre property adjacent to the 7ACRES’ facility, previously referred to as Lot 16. 7ACRES’ advanced cultivation practices have consistently produced premium quality flower well above the industry standard. With stable premium pricing for 7ACRES’ products and strong consumer validation, Supreme Cannabis intends to use the additional acreage to further enhance this successful operating asset. The Company expects the 7ACRES facility, including all administrative infrastructure, to be complete by the end of 2019 and construction on the adjacent property to begin upon completion.

Subsequent to the fiscal year ended June 30, 2019, the 7ACRES facility experienced an isolated mechanical failure affecting three grow rooms. Standard operating procedures were used when responding to the event and management made the proactive decision to discard all plants in the affected rooms. The rooms were temporarily de-commissioned while a permanent solution was implemented. All three grow rooms have now been recommissioned and will be replanted in September. 7ACRES’ small-batch approach to cultivation and modular design of only 10,000 square foot rooms contained the impact of this one-time mechanical deviation.

At the beginning of the fourth quarter, Supreme Cannabis announced the launch of Cambium Plant Sciences (“Cambium”). Located in Goderich, Ontario, Cambium will focus on developing the next generation of premium cannabis genetics for recreational, medical and wellness applications. Supreme Cannabis will invest approximately $14 million to develop a world leading facility for cannabis-focused research and innovation. Subsequent to quarter end, the Company commenced the retrofitting of Cambium’s facility and expects the initial phase to be complete in the third quarter of fiscal 2020

Subsequent to the fiscal year ended June 30, 2019, Supreme Cannabis’ acquisition of Blissco and Truverra expanded the company’s infrastructure with the addition of two focused operating assets. Since receiving its licence in August 2018, Blissco has been extracting oils from its 12,000 square foot facility in British Columbia. With Blissco’s focused expertise and state-of-the-art extraction lab, the Company gained a dedicated extraction business for the production of full spectrum CBD and THC derivative products.

Supreme Cannabis gained an additional operating asset from its acquisition of Truverra. Truverra’s subsidiary, Canadian Clinical Cannabinoids Inc. (“CCC”) operates a 5,000 square foot licenced facility in Ontario. In the near-term, the CCC facility will be equipped to process high-quality inputs for concentrates.

With the European CBD industry’s projected growth of over 400% over the next five years2, it is expected to become one of the most lucrative spaces in the global cannabis market. To address this market, in the fourth quarter, the Company announced the launch of Supreme Heights, a distinct investment platform separate from Supreme Cannabis and based in London, UK.

Supreme Heights will target investments in high-growth potential, early-stage CBD brands across a variety of product forms in the health and wellness space with the goal of gaining an early leading position in the European CBD market. Target companies for investments by Supreme Heights are those with unique branded products, created by entrepreneurial teams who prioritize the end consumer, value sustainability and create high-quality products.  Supreme Cannabis will support Supreme Heights as it pursues investment opportunities by offering access to Supreme Cannabis’ regulatory, product commercialization, supply chain, marketing, legal and capital markets expertise.

Supreme Cannabis subsequently closed this previously announced investment in Supreme Heights on September 17, 2019, which includes an initial investment by Supreme Cannabis. Pursuant to the terms of the investment agreement, Supreme may nominate the majority of the board of Supreme Heights, which will be initially comprised of Patrick Morton, Navdeep Dhaliwal, Nick Davis, Barinder S. Bhullar and Steve Chan.

Supreme Cannabis believes that the Company is well positioned to take significant steps forward in fiscal 2020, including:

In addition to the above outlook, the Company has determined not to exercise its option to pursue a consolidation of its issued and outstanding Common Shares.

The Company’s fiscal 2019 Annual Report is available in the Investors section of the Company’s website at Supreme.ca and at www.SEDAR.com.

Supreme Cannabis’ MD&A and consolidated financial statements for the fourth quarter and fiscal year ended June 30, 2019, along with all previous public filings of The Supreme Cannabis Company, Inc. may be found on SEDAR at www.SEDAR.com.

The Supreme Cannabis Company, Inc. is a global diversified portfolio of distinct cannabis companies, products and brands. Since 2014, the Company has emerged as one of the world’s fastest-growing, premium plant driven-lifestyle companies by effectively deploying capital, with an emphasis on disciplined growth and high-quality products.