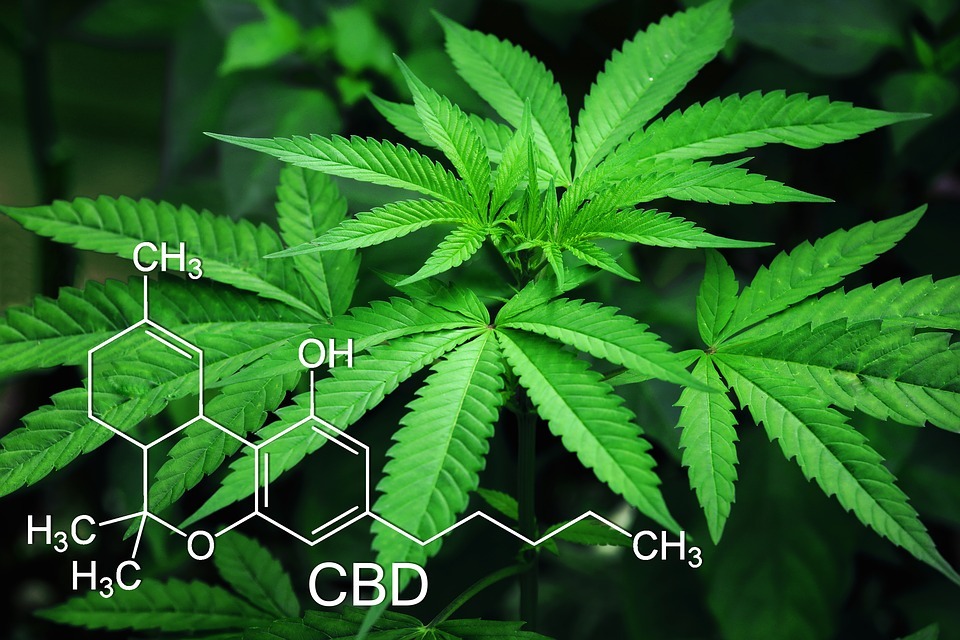 When most of us think about Cannabis, the two active substances that come to mind are THC and CBD. THC (short for tetrahydrocannabinol) is the prominent mind-altering component that gives cannabis most of its psychological changes. CBD (short for cannabidiol) is the non-psychoactive component that can give its users a calm and relaxing feeling.  The lesser-known cannabis compounds you need to know about.

However, nature is more complicated than the combination of two components, and cannabis follows this rule with many other compounds that lead to many different effects. Today we take a look at the lesser-known chemical components found in certain strains of cannabis, and why they are more interesting and relevant than you might think.

Starting with the more obscure and less talked about cannabis compounds, cannabichromene (CBC) is a result of the decarboxylation (heating) of cannabichromene carboxylic acid (CBCA). It is best known for its anti-inflammatory properties, particularly with reducing swelling of the intestinal tract. Furthermore, CBC is known to show some antibacterial and anti-fungal properties, as well as reducing pain and acting as a general analgesic.

Cannabis compound THCV is similar to THC in the way that it activates CB1 and CB2 receptors, but THCV acts as an opponent to those receptors rather than a protagonist. Unlike THC which is known as an appetite stimulant, THCV does the opposite and acts as an appetite suppressant. This can make THCV a great help towards weight loss. The effects of THCV also include promoting new bone cell growth, as well as showing properties that can help alleviate seizure-related disorders.

Acting as a partial CB1/2 receptor agonist, cannabigerol (CBG) has been recognized for its ability to slow down and to kill bacterial growth, and in a small number of in vitro studies suggest it may have some anti-inflammatory and analgesic properties. CBG can compete with, if not supersede, certain forms of antibiotics as far as its anti-bacterial properties, making it a potential agent against MRSA. Another known property of CBG is its ability to block the receptors which cause cancer cells to grow in the colon. This shows great potential for CBG with regards to curing colorectal cancer.

THCA is another non-psychoactive cannabis compound found in cannabis, and is, in fact, a precursor to THC. THCA doesn’t fit into our body’s CB1 receptors. It only becomes THC through the process of heating and light, which then allows it to fit into those receptors. Unheated THCA helps raw cannabis to become a superfood, displaying anti-inflammatory and antispasmodic properties which can help with chronic pain, arthritis, and other conditions.

Cannabinol (CBN) is a direct result of the deterioration of THC and gets created by the process of THC being heated and exposed to oxygen. CBN is known to create a mild sedative effect, and is often associated with the phenomenon called ‘couch lock’. Further research is still needed, but what is known so far about CBN gives it great promise as far as helping with certain sleeping conditions. CBN’s potential sedative virtues could also help with relaxation and the reduction of discomfort.

Why should you care about those compounds?

Cannabis has been demonized and relegated to being a recreational drug, and this has affected how people could use its potential, both medically and psychologically. Cannabis possesses a lot of properties that are beneficial to both the body and mind, it is far more than just a mean of getting high.

The relegation of cannabis as an illegal drug has slowed down scientific research that could potentially help a lot of people with different ailments. As we look into the different compounds found in cannabis, we discover all sorts of properties that are beneficial to many different illnesses and conditions.

We haven’t shown all the lesser-known compounds, but even showing a few of those demonstrates a lot of promise for the future. The more we look into cannabis, the more we discover. It is worth taking it seriously, and all those benefits shouldn’t be brushed off under the ‘stoner umbrella’. There is a medical revolution coming, and it should not be ignored under the guise of past prohibition.

Why should you care? It is pretty obvious at this point: cannabis could help you, a friend or a family relative to get better. There is no point pretending it can cure all the illnesses in the world, but it’s a fact that science continues to discover all manners of different virtues and properties that make cannabis no short of a ‘miracle plant’.