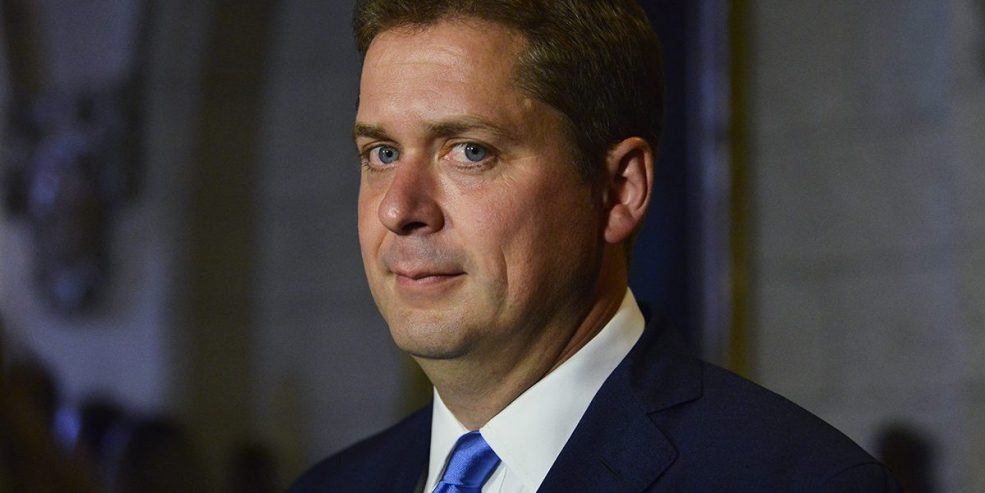 What governing vision does the Conservative Party of Canada offer Canadians this election?

This is a fundamental question that the party has not yet answered. In a recent column, pundit Andrew Coyne wrote:

“Conservatism in Canada now amounts to, at best, opportunism. They are in favour of whatever is unassailably popular, opposed to whatever is indefensibly unpopular … just so long as no one asks them to take a risk, a stand, or a decision, to … explain how it differs from the left’s.”

The same cannot be said for the federal Liberals and NDP. The Liberals proudly wrap themselves around a heavily left-leaning economic and social agenda, while the NDP are trying to outflank the Liberals on the left.

Both parties unapologetically promote their fiscal vision for greater government economic intervention and their social vision for diversity, equity and overall social justice.

From running government deficits in normal times, legalizing marijuana and euthanasia, to, until recently, supporting policies that would further integrate China and Canada economically and socially, the Liberals seek to reshape our country.

What is the alternative to the left’s agenda for remaking Canada?

We can try to infer possible conservative policies by summarizing basic conservative values and then applying it to a few present-day government priorities.

Conservatism in general places importance on tradition and norms that provide stability for society over time. Their vision is not about going backwards, but rather to maintain conventions and practices that work.

It’s a view consistent with Aristotle’s beliefs that “… morality and politics —unlike natural science — lack special experts, and that in these areas, human experience over generations is the main source of knowledge,” according to academic Andy Hamilton, a philosophy professor at Durham University in the United Kingdom.

A conservative vision also adapts to changes reflecting societal needs — but it does not lead in those changes. In effect, a conservative approach does not use its people as test subjects in new social experiments.

A conservative will, however, look at the results elsewhere before making changes. Changes are made incrementally over time. Conservatives eschew activist-type policy. They acknowledge the positive contributions of historical leaders and do not judge historical events based on modern values.

On fiscal matters, conservatives take to heart conservative philosopher Edmund Burke’s thoughts on society’s social contract. Burke stated that society is a social contract among those living, dead and yet to be born. It is an inter-generational contract that places a responsibility on us, now, to provide the future generation an endowment for bettering themselves.

Burke also believed that free markets were the best way to provide for society. Interference, no matter how well-intended, would misallocate resources and create unintended consequences.

So how would a conservative governing framework — as in small-c conservative, not necessarily the Conservative Party of Canada — impact government policy?

A true conservative policy would be meaningfully influenced by Australia’s experiences dealing with China. The two countries entered into a free-trade agreement in 2015.

As Australia’s trade dependency with China grew, its ability to make independent strategic decisions were undermined by growing Chinese economic and political influence.

Thus, a Canadian conservative government, while seeing the need economically to engage the world’s second-largest economy, would do so in limited ways and on terms that would minimize the potential pressure China could exert on Canada’s future economic and political goals.

This would mean a halt to exploring formal trade deals and restricting Chinese direct investment in nationally sensitive industries. Canadian universities would introduce best practices in their academic exchanges in order to minimize illicit technology transfers.

Conservative immigration policy would continue to encourage immigrants to Canada with skills that benefit our society.

But issues dealing with cultural differences and our ability to successfully integrate large numbers of culturally diverse migrants would be considered more circumspectly.

For instance, greater importance would be given to the impact of new immigrants settling disproportionately in Vancouver and Toronto, with the resultant growth in ethnic enclaves. More importance would also be placed on prohibiting foreign governments and foreign political groups operating within immigrant communities.

Language requirements would be tightened, along with additional programs implemented, to encourage community integration.

Regarding fiscal policy, a conservative government would ostensibly be mindful of society’s responsibility to future generations.

Therefore, government spending would be fiscally cautious and budgets would be balanced in all but special circumstances.

Government spending and tax policies would focus on encouraging community engagement, individual responsibility and volunteerism as a way of building a stronger civil society.

Note the emphasis on community and individualism, as opposed to direct government intervention. For example, introducing tax measures to help people save for retirement would be prioritized, while expenditures intended to correct social injustices would be reallocated.

Generally speaking, policies that impede free markets, such as aggressive minimum wage rates or other significant redistribution schemes, would not be pursued.

We can see however, that conservatism is much more than calling for lower taxes and not being Liberals. Conservative vision rejects social experimentation on the hope of making something better.

To Scheer and conservative politicians: Embrace your political heritage and show Canadians you can lead with an agenda built on solid conservative principles. If you have a message to make Canada better, Canadians need to hear it now.