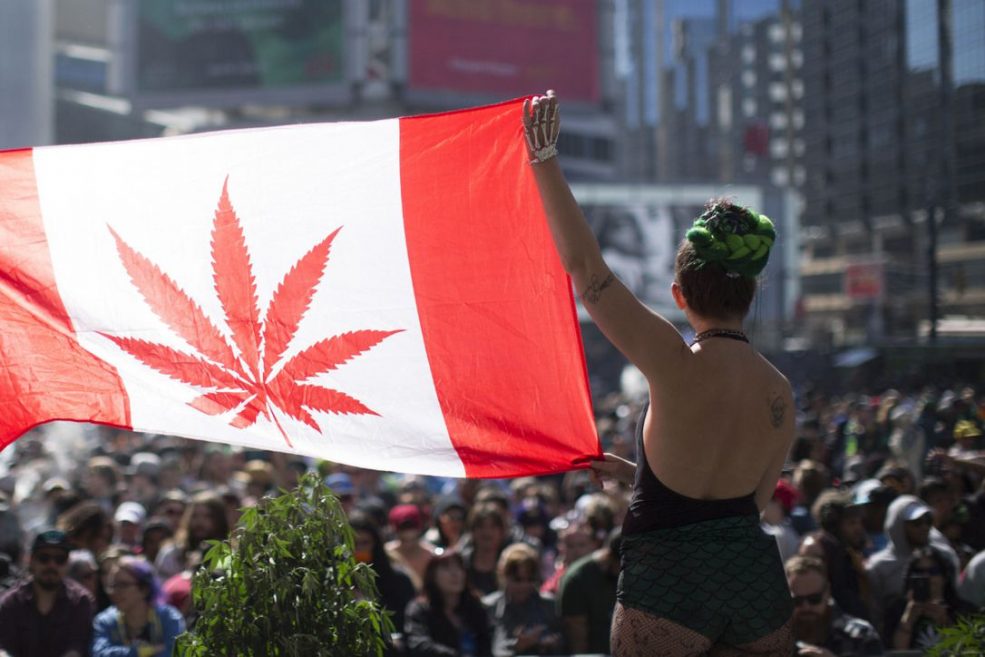 The anniversary of Canada’s recreational cannabis legalization arrives Oct. 17, just days before the federal election. Legalization was a Liberal campaign promise from the last election, so it’s timely to review how it’s worked out.

Politicians apparently like it too. It’s an election promise the Liberals kept and that no other party plans to repeal.

But how well has cannabis legalization reduced black market cannabis, as promised?

Health Canada says that in June 2018, when only medical usage was legal, licensed producers sold 2,151 kilograms of dry cannabis and 4,652 litres of cannabis oil. That represents around nine per cent of national demand.

In June 2019, by comparison, legal medical and recreational sales totalled 9,976 kilograms of dry and 9,614 litres of oil. That’s about 26 per cent of the market.

So legal sales have roughly tripled. But illegal sales remain the majority.

By contrast, StatCan seems more optimistic. Its surveys ask users whether they buy at least some cannabis legally. It estimated that number at 47 per cent, or 2.5 million Canadians, for the first quarter of 2019. That’s up sharply from 23 per cent, or 954,000 people, in 2018’s first quarter.

Unfortunately, those estimates aren’t really plausible. The only people who could legally buy cannabis in March 2018 were Health Canada‘s 296,702 registered patients. And just 132,975 did so. That implies StatCan’s estimates are three to seven times too high.

So while survey participants reported purchasing legally, they mostly didn’t.

One reason legal sales haven’t done better is a lack of retailers in some regions. British Columbia and Ontario were especially slow to open stores.

Those shortages are predictable side effects of the government’s legalization strategy. It chose a regulated pharmaceutical approach, rather than the more hands-off approach many U.S. states have used.

But the pharmaceutical approach has its own drawbacks. Rigorous standards prevent existing grow-ops from going legit. Instead, they remain illegal and undercut legal producers’ prices.

It’s understandable the feds chose the regulation-heavy approach. But as I and others have complained, they shouldn’t be denying its limitations.

That was despite government data showing legal production met less than a fifth of Canada’s dry cannabis needs that month.

A Newfoundland store even closed due to the shortages.

In March, Health Canada spokespeople similarly said “there is not — as some have suggested — a national shortage.” That was when shortages were keeping Québec’s shops closed three days a week and preventing hundreds of Alberta store openings.

Those premature claims only added to the frustrations felt by retailers and consumers.

However, some other criticisms of the government seem frivolous.

Other complaints regarding cannabis legalization

For example, some critics say the government legalized too slowly. Edibles should have been allowed sooner to better compete with black markets, they say.

Unfortunately, that wasn’t realistic. Given limited regulatory resources, it made sense to legalize simpler dry and oil products first. That allowed another year to figure out the rest.

Conversely, other observers argue legalization went too quickly. They think governments should have resolved problems like product shortfalls and impaired driving before beginning sales.

Second, the government only has four years between elections. Had it moved more slowly, legalization wouldn’t have happened.

Canadian legalization is with compromises but still a success

Canada has come a long way since 2001, when the government began the process of legalizing medical cannabis. In a sense, we’re 15 years ahead of Australia and 17 ahead of Britain.

Yes, legalization has been a muddled mess of compromises and glitches. It still needs years of work. But at least it happened. And it’s taken a bite out of black markets. So it should be considered a typical Canadian success story.

Featured Image courtesy of The Star.