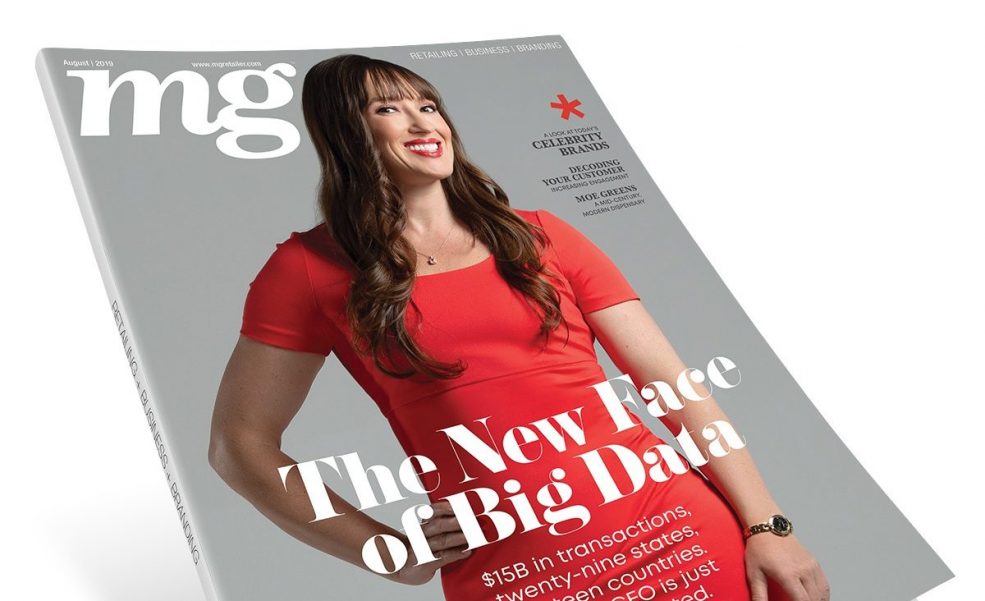 LOS ANGELES, Aug. 6, 2019 /PRNewswire/ — Jessica Billingsley is determined not to be the only CEO of a NASDAQ-traded cannabis technology company for long. Since taking the helm of Akerna Corp. in June, Billingsley has been on dual missions: Expand the $72 billion company and encourage tech and cannabis companies to employ more women in leadership roles.

In an exclusive interview with mg Magazine, Billingsley ( CEO of NASDAQ -Traded Cannabis Company) shared her take on the scarcity of women in the cannabis and technology sectors. “Women hold a smaller percentage of U.S. tech jobs than they did twenty-five years ago, and that’s not going in the right direction,” she said. “Another fact is within ten years, women who enter technology drop out at a rate of 56 percent.” Focusing on corporate culture and employee retention and using the hashtags #OneWomanChallenge and #StopTheDrop, she challenges her fellow industry members to help women get ahead, one interaction at a time.

“Real change is the result of many, many small acts,” Billingsley said. “Ask any person to help one woman in some way, whether it’s an email or intro or mentoring sessions. It may seem like a drop in the bucket but it creates a swell of real change, and cannabis can absolutely participate in the challenge.”

At MJ Freeway, the cannabis compliance software company she co-founded, Billingsley recruited top talent by offering a thirty-hour work week to women who sought work-life balance. “It’s been wonderful for us and a tool to help stop the drop,” she said. “Folks are able to continue at reduced pay and hours and still have benefits. Every employee who has taken advantage of that has converted to full-time.”

Her strategy paid off. Under Billingsley’s stewardship, MJ Freeway rose to prominence in twenty-nine states and fourteen countries, processing more than $15 billion in transactions along the way. In June 2019, MJ Freeway merged with publicly traded MTech Acquisition Corp. and formed the new entity Akerna Corp. (The name, she explained, plays on the word kernel, familiar to farmers and computer scientists alike.)

With a healthy influx of cash and investors ready to fuel its growth, Akerna is poised to acquire and partner with other innovative software developers in order to build the next generation of digital tools and services for the fastest growing retail market in the world.

Like every other cannabis company CEO in the U.S., Billingsley ( CEO of NASDAQ -Traded Cannabis Company) looks forward to federal legalization. And for the first time in many years, she feels optimistic about that prospect: “Today, I do think we are likely to see either a states’ rights act or some real change via executive order in early 2020.”

mg is the leading trade media organization for the legal cannabis industry. Dubbed “weed’s hybrid of Forbesand Inc.,” mg analyzes and demystifies the people, plants, and products fueling the unprecedented growth of a renegade business culture slowly emerging from decades of federal prohibition.

Opinion: I claim my cannabis