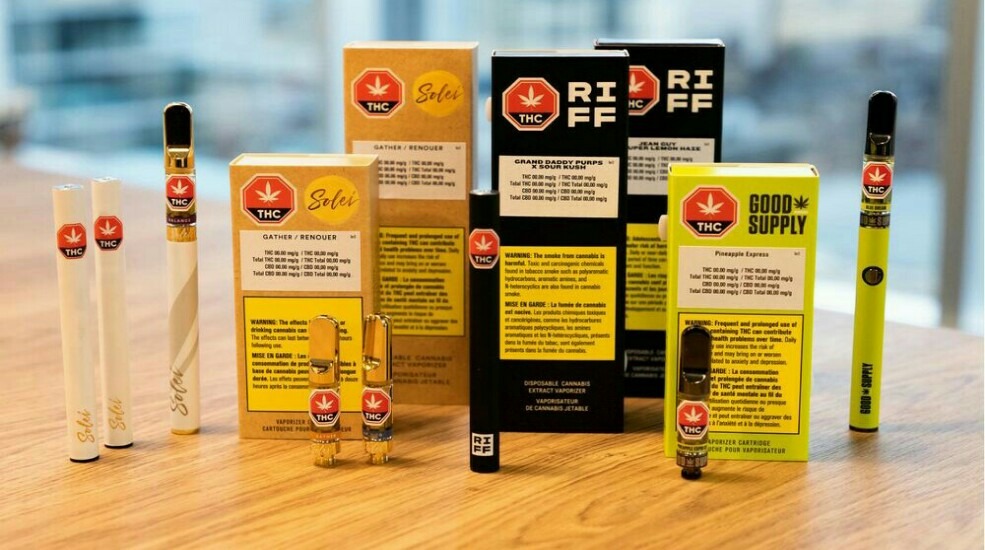 Cannabis edibles, topicals, shatters, and vape pens have slowly begun to roll out in Canada, known as Legalization 2.0. This second stage of legalization officially began on October 18, 2019, when producers started applying various products for approval. Two months later as promised 260 products and counting have now began their slow national release. Health Canada will have to filter through those applications slowly due to an onslaught of biosynthesized cannabinoids. Most of their concerns, however, have been with stability and shelf-life issues. Edibles recently became available in a few provinces online, but now some vape pens are on the market as well.

Like edibles, these pens have drawn attention to more flaws in the cost of legal cannabis products. Most cartridges are currently selling for $42.99 – $75.00 per half-gram of cannabis extract. The nightmare of non-recyclable garbage has grown exponentially, and the horrors of an overpriced market have reared it’s self-destructive horns once more.

Illicit and legal vape pens under one brand

On the British Columbia Cannabis Stores website, Phyto by Cannamart’s cartridge is the cheapest at $42.99 per half-gram unit, before tax. This is a distillate that was sourced from a subpar ethanol extract. Many know of their quality already, since Phyto Extractions was a company selling extract on the black market on a commercial, low-quality scale for years.

Amazingly, Phyto simultaneously sells illegal cannabis concentrates on the black market under the same brand (at the time of writing.) This duality is rather remarkable considering the laws and regulations surrounding cannabis. A half gram of Phyto from the legal market is $42.99 whereas a full gram vape pen from Phyto Extractions off the black market is $35 – $45. The same product is more than twice as much money! Who is to say that the remaining illicit vape pens being sold by Phyto are derived from nothing more than research oil that slipped past Heath Canada from the legal industry into the black market? Or, that a former stockpile of the black market extract isn’t now being sold in legal stores?

Are other companies stretching their legs in both markets, too? What part of the black market has Vitamin E acetate and fake shatter really been born from, so timely? Why the unusual hefty push against the black market right before the legal one springs open, and which market is putting the public at risk, exactly?

As far as anyone is aware though, Phyto is producing cannabis oil from ‘real cannabis’ and simply adds terpenes from other plants, afterwards. That may not be the full story, though. Bigcanna producers like Peace Naturals and Organigram have released production plans that do not involve cannabis, whatsoever.

Vape pens completely conceal the cannabis extract from the consumer. Hidden oil allows biochemists and genetic engineers to sell whatever products they want. On the New Brunswick Cannabis website, there are only five companies currently selling vape pens. Four of these processors are working to grow biosynthetic cannabinoids. At the time of writing, 18 out of 21 carts or vape pens available through NB Cannabis are produced by companies that have announced they will be producing cannabinoids from genetically modified yeast, a process known as cellular agriculture.

An absence of cannabinoids in vape pens

Biosynthesized cannabinoids have to be cut with flavouring agents or stabilizers in order to better resemble an actual cannabis product; unless they hide those cannabinoids in a vape pen, that is. Even if the cannabis oil is real, vape pens allow producers to cut and stretch a highly refined extract with an even cheaper thinning agent, like vegetable glycerin. Many vape pens on the black market are mixed with either cannabis or plant-based terpenes. Unfortunately, though, some are mixed with MCT oil or vegetable glycerin. Black market and legal vape pens can even be cut with propylene glycol, which produces more formaldehyde when brought above 230 degrees Celsius.

What about the legal market?

While the extra vote of confidence is reassuring, legal vape pens still leave us with a few too many questions as well. Most of the major brands only note the THC level, and while that in itself is well and good, they fail to list the ingredients that make up and fill the remaining percentage. We would welcome more transparency in this regard, especially with expectations of consumers inhaling this uncertainty. Heck, even with cigarettes we know that we are consuming household chemicals, no matter how bad that might be.

Later in the roll-out of Legalization 2.0, we will see extracts for sale outside of a concealed cartridge. Eventually, we will see resins, waxes, and possibly even a few strains of shatter. It will be interesting to see how processors have stabilized these exposed extracts, to counteract their typical lack of shelf-life. A proper extract can sit for a year refrigerated without problems, but it will ‘nuke up.’ This means the cannabinoid‘s structure will shift over time which will violate certain Cannabis Regulations that require a consistent mix of cannabinoids in an extract. We will report once these exposed extracts and topicals are released.