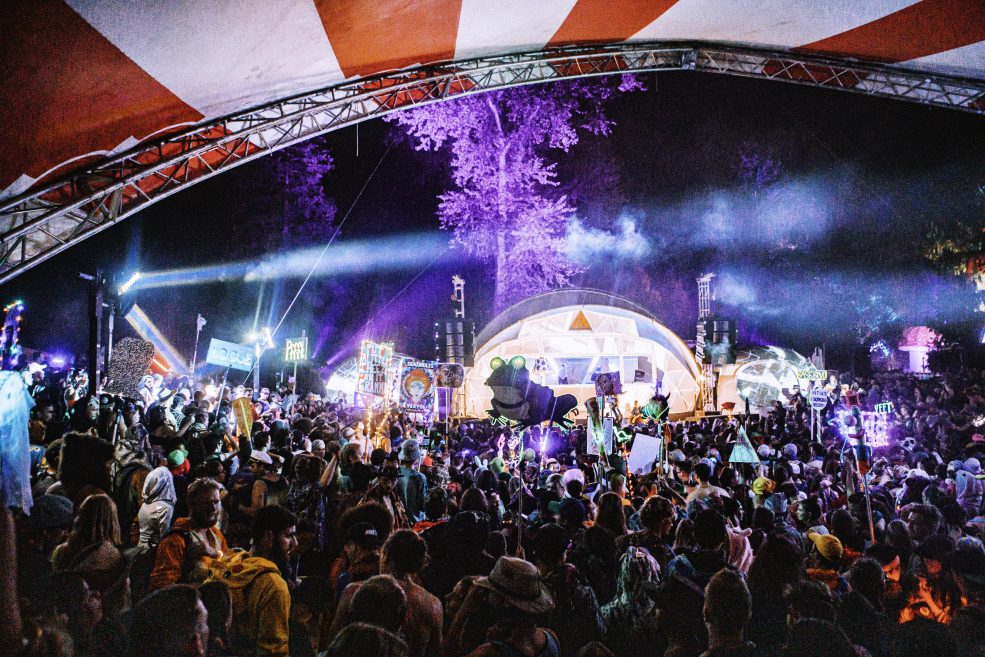 Shambhala 2020 tix are on sale now! To get a taste of what’s in store for next year, make sure to check out the Aftermovie, which was also released today. It’s almost as mind-bendingly trippy as the festival and will give anyone that sees it a serious sense of FOMO.

It starts in the bustling streets of downtown Vancouver, before speeding you away from the city and into the deep green forests of British Columbia, where the neon lights and thumping electronic music lead you into an entirely different world.

The next Shambhala will not be at the same time as its previous 22 iterations. The electronic music festival has just announced that, for the first time ever, Shambhala will be happening in July, about two weeks earlier than usual.

The official dates for Shambhala 2020 has been announced July 24-27, and if you’re a Shambhala veteran, this break from tradition might feel like heresy, as the festival always takes place in early August, but the reason for it is a sobering reminder of the effects of climate change.

While one of Canada’s biggest and longest-running electronic festivals probably isn’t the first thing that comes to mind when you think of climate change, it just goes to show how wide-ranging its effects really are.

According to the Southeast Fire Centre, the agency that monitors and fights forest fires in the Shambhala-area, the risk of fire is far less in July than in August.

“We stand at the precipice of a new era, that’s not lost on anyone in the Kootenays here in British Columbia. We know the planet is in a period of rapid transition and our date change is just one more reflection of our commitment to our guests and the music community as a whole”.

Get your tickets Sept. 16 and make sure to check out the epic Aftermovie which drops the same day.

For more Kass and Honey, check out their show “Regular Canadians Smoking Weed”.