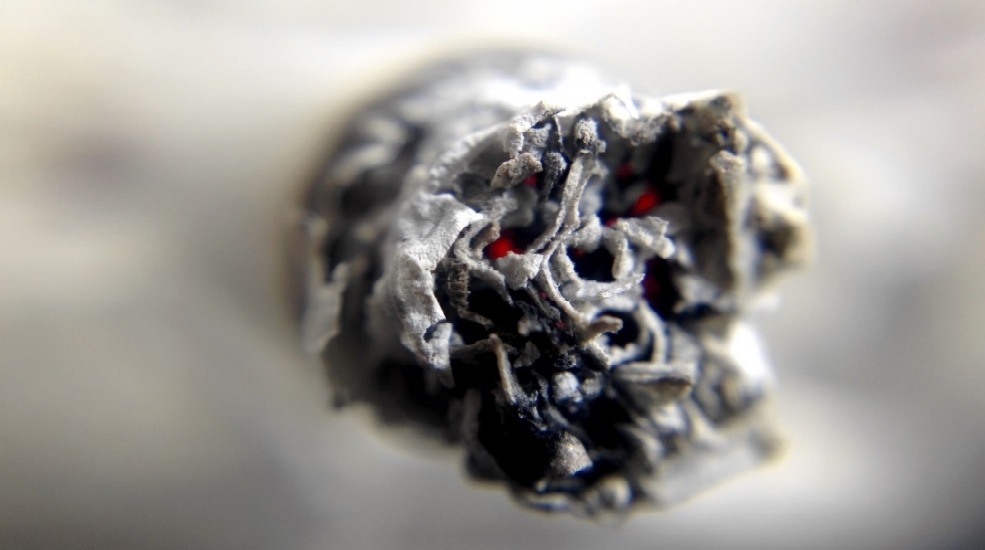 Ash: The Not So Black and White End to Every Joint

Ah yes, a bud so pure it burns to reveal ghostly ash. Perhaps it is reasonable to think this must be healthier. No one wants to think of black smoke filling their lungs with carbons and tar. The belief that miner’s lung is a problem with cigarettes and not cannabis is one many can liberally share. Despite this, can the contents left-behind in the ashes truly serve as a measure of observation?

Coughing up a lung while smacking out chalkboard erasers may be a thing of the past. Think about that white plume of dust filling your lungs, though. Perhaps white is not as nice as our general assumptions.

Inorganic nutrients might comprise much of the white pigment you think is pure ash. Cigarette companies have known this, actually adding chalks to produce a nicer looking burn on their product, or even slow the burn down. Agents to control burn temperature and time are also added to many rolling papers, too. Good old slow-burning papers.

Oh, how the wholesome appearance of white seems so innocent. As white as winter’s first snow, a sprinkle of icing on a cake, or a dusting of chalk.

Many think black ash is a sign of residual nutrients and pesticides, in reality, it can be much more simple. Black ash can be created by lower temperature embers produced by a flower that is to damp. Wetter buds with a colder burn will leave behind ashes dense in black carbon.

So, even if the grower flushed and avoided any sprays their buds may burn as dark as night with an abysmal crust if they were not cured to perfection.

On the other spectrum, the desert-dry buds found in those nearly antiquated bottles of legal weed will burn completely white. Drier buds burning at a higher temperature will vaporize organic carbon and nitrogens. This is caused by additional heat produced by a brittle material.

Residual pesticides can either leave behind ash white as snow or black as night. Potassium salts, nitrates, and carbonates will actually promote combustion which helps produce whiter ashes, whereas residual sulphur or chlorides burn dark.

Flushing may help biosynthesize the remaining nutrients into active ingrediants. As it turns out though, two weeks of straight water won’t completely remove the nutrients if your growing medium is soil. So if flushing does not reduce the overall mineral content, why else does it increase bud-quality?

One theory suggests flushing won’t decrease nutrient content, but instead chlorophyll, which is known to burn black and reduce quality.

Other aspects of the growing cycle can be manipulated to reduce chlorophyll as well, such as cold temperatures and darkness. A balance must be maintained, though. Precious terpenes and cannabinoids will also oxidize and decay with age and excessive processing. Unfortunately, quality will never recover once the aromatic profile is lost, but without chlorophyll, the colour of the remaining ash will still be white.

Ash simply is not a symbol of purity in a bone dry, irradiated flower; the drier the flower the whiter the ash.

Our eyes cannot analyze chemical data any better than our palettes. Many hidden toxins are allowed in the system, right under your nose. The only way to truly know what is in your smoke is through detailed lab testing. As much as ‘mandatory’ Myclobutanil tests sound ideal, there are other horrible toxins hidden in nearly everything Health Canada has approved.

Tests that scan for organo-nitrogens and phosphorous compounds are necessary to know if a bud truly burns clean. That much is currently possible, but not being done by licensed producers.

What no approved lab will do, is find out what permitted pesticides reside on your packaged flowers. Or, how much ethoxylates, propylene glycol, or vitamin E oil is left behind from a pesticide’s inert ingredients. No one knows how much (eg.) formaldehyde and hydrogen sulphide each producer’s cannabis smoke contains. That is, “how much,” not, “if.”

Lab testing is the only answer, not white or black ash. Unfortunately, Health Canada hasn’t set the right parameters to help keep us safe. Sorry for the bad news #whiteashgang

The black ash headache could be real though. We will explore what causes migraines in a following segment.