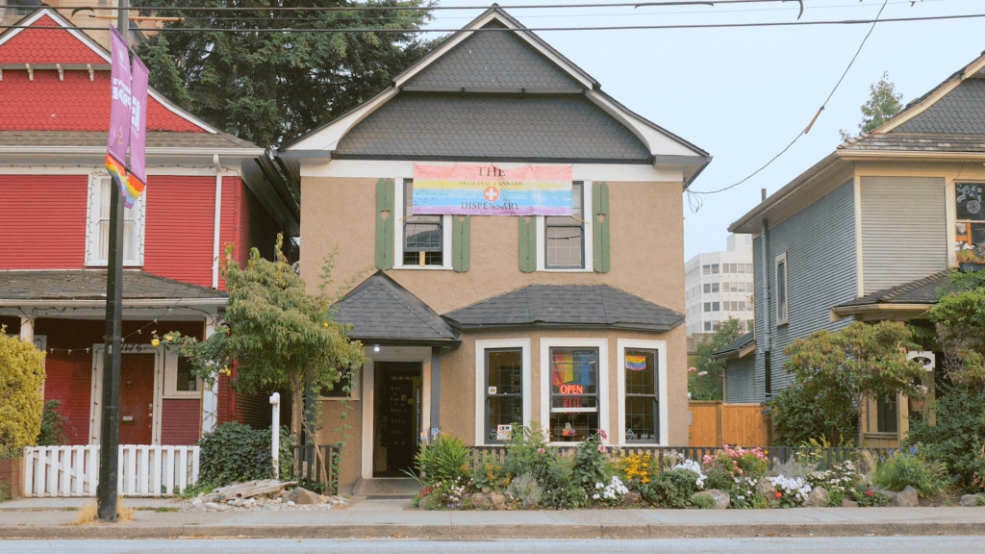 Cannabis sponsorships: How a local dispensary outsmarted Aurora at Pride

Last summer, the names of prominent licensed producers were almost inescapable due to being plastered everywhere because of sponsorship tie-ins at music festivals, concerts, and community events like Pride.

In 2018 alone, Tweed sponsored the Field Trip Music Festival and Toronto Pride, while Aurora Cannabis hosted the Aurora Illumination Series, a series of concerts across Canada that featured artists like Post Malone, City and Colour, and Queens of the Stone Age. Aurora Cannabis, which did not respond to a request for comment, was also a sponsor of the North by Northeast (NXNE) festival and the cannabis producer also paid $30,000 to be a gold partner of Vancouver Pride.

This got Health Canada’s attention, and the regulator issued a statement in July 2018 warning of “serious consequences” for non-compliance. Keep in mind that this was still pre-legalization, and so cannabis was still regulated under the Controlled Drugs and Substances Act (CDSA), Narcotic Control Regulations (NCR), and the FDA. A part of the NCR stated:

“No person shall publish or cause to be published or furnish any advertisement to the general public respecting a narcotic.”

Fast forward to 2019, and you’d be hard-pressed to find any sponsorships from licensed producers. The rules have changed since Health Canada’s July statement, as the Cannabis Act came into effect on Oct. 17, 2018.

Section 21 of the Cannabis Act deals with sponsorships and states:

“It is prohibited to display, refer to or otherwise use any of the following, directly or indirectly in a promotion that is used in the sponsorship of a person, entity, event, activity or facility:

Those that break the rules are risking fines, losing their license, and maybe even prison time! Maybe that’s why the licensed producers haven’t dared to sponsor anything this year, despite the rules regarding marketing and sponsorships for cannabis companies being as strict as tobacco.

No cannabis at Vancouver Pride 2019?

As Andrea Arnot, the executive director of the Vancouver Pride Society, told CLN:

“For the past few years, we have had a cannabis sponsor, but because of new regulations, it has been difficult.”

She elaborated on further complications, like the Vancouver Park Board, who she said “won’t allow cannabis sponsors or vendors in parks”, which shows that the board’s anti-cannabis animosity goes far beyond trying (and failing) to stop 420 Vancouver every year.

So in a way, 2018 was a historic year in ways we’re only realizing now, which makes the following story not only a fascinating canna-business case, it’s one last look into a time when licensed producers could sponsor high profile events like Pride.

Vancouver’s Pride Festival has come a long way since the 70’s. Now, it’s a huge, inclusive party that welcomes and celebrates all facets of the LGBTQ+ community, and it’s one of Vancouver’s biggest events. But, all that popularity also means Pride attracts countless brands, corporate sponsors, and politicians who are all eager to show off their rainbow stripes and attach themselves to the movement as well.

This is made glaringly obvious when you see TD Bank shelling out tens (if not hundreds) of thousands of dollars for the bragging rights of being Vancouver’s gayest bank as Pride’s “Presenting Sponsor”.

The fact that Pride festivals are getting sponsored by banks just goes to show how far the movement has come in terms of mainstream acceptance. And it’s not just Vancouver, either.  TD Bank claims on its website that it “supported over 160 LGBTQ2+ initiatives” in 2019 alone, including dozens of events in the USA.

While the flood of corporate money can be seen as a side effect of Pride’s success, it has caused some to worry as they see deep-pocketed corporations increasingly dominate Pride sponsorship lists and events. It might leave you wondering what happened to all of the small businesses and community organizations that supported Pride in the first place, and the issue of corporate sponsorship has stirred up a lively debate over the soul of Pride.

But it’s not all bad news for local businesses and mom-and-pop shops because, as the following story shows, with a little creativity and cooperation, the community can still win in the face of copious corporate money.

What about the small community shops?

Aurora Cannabis, Canada’s second-largest licensed producer, spent $30,000 to be a Gold Partner and the exclusive cannabis-related sponsor of Vancouver Pride 2018.

Although Aurora has supported Pride before, their golden partnership in 2018 meant that The Medicinal Cannabis Dispensary, a mainstay in the Davie Village neighbourhood where Vancouver Pride is held, could not be involved. That’s despite the fact that the cannabis dispensary has been supporting Pride and the local community since before Aurora Cannabis even existed as a company!

That didn’t seem right, and that’s why Craig Ex, the director of business development at Jade Maple, stepped up to help remedy this unfair situation.

As he said, “We thought it wasn’t fair that this corporate licensed producer was pushing The Medicinal Cannabis Dispensary, an actual member of the West End community where the Pride festival takes place, out of the Pride celebration, so we came up with a creative way where they could still be involved.”

TMCD reaches out to Little Sister’s

That strategy consisted of reaching out to the Little Sister’s Book and Art Emporium with a community-building opportunity. The Little Sister’s bookstore, which was founded in 1983, is an LGBTQ+ stalwart and is famous for its legal battle against the Canadian Border Services Agency over its discriminatory implementation of obscenity laws.

As a long-standing member and supporter of the community, the bookstore is one of a few places where you can buy tickets for Pride-related events, and it is located about a block and a half away from The Medicinal Cannabis Dispensary.

The community-building opportunity consisted of a sponsorship from The Medicinal Cannabis Dispensary and donation to the Jim Deva Memorial Scholarship in exchange for a coupon to be included with each ticket sale at Little Sister’s that is redeemable at TMCD.

It turns out that Don Wilson, the manager at Little Sister’s, already knew about the dispensary and its support of the community and said yes, making it a win for the little guy (or sister) going up against a large corporation.

Have a safe and happy Pride weekend everyone!