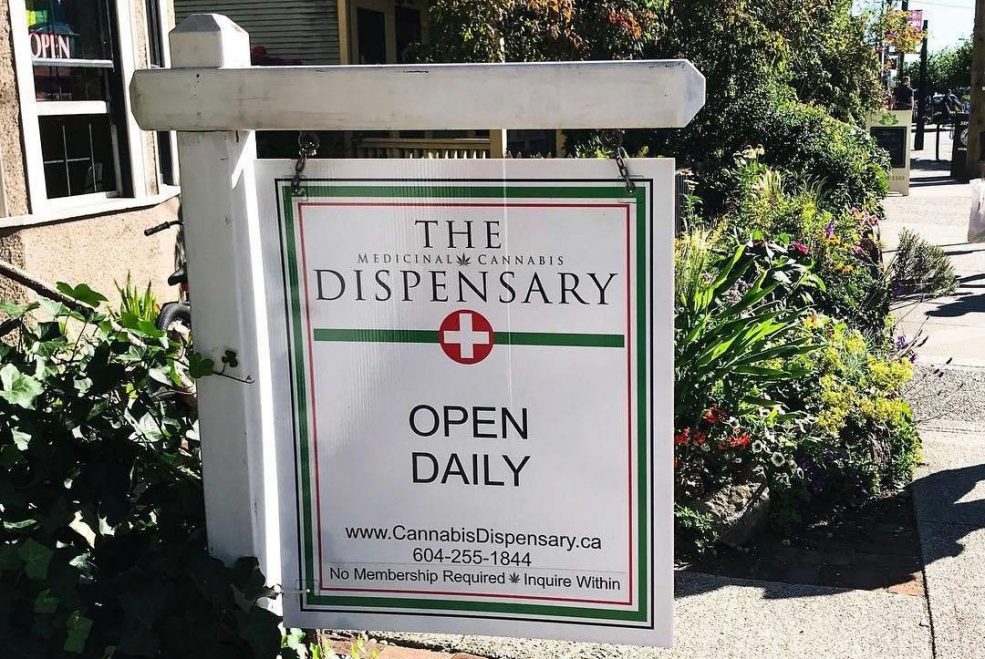 Who exactly is the Community Safety Unit keeping safe?

On Wednesday, Oct. 30, the Community Safety Unit raided The Medicinal Cannabis Dispensary (TMCD) at 1182 Thurlow St. in the heart of the Davie Village neighbourhood in Vancouver’s West End. The raid left many baffled, as the long-running dispensary had been in the process of transitioning to the legal system, having already received their municipal permit from the City of Vancouver.

But the dispensary did not have a provincial license to sell cannabis, and that’s why the Community Safety Unit came in and confiscated all the cannabis during the morning raid.

What is the Community Safety Unit?

The Community Safety Unit’s only purpose is to enforce the Cannabis Control and Licensing Act (CCLA), which regulates cannabis in the province of BC. That means the “community safety” in its title is purely euphemistic and instead a blatant example of political doublespeak because something more accurate like “Cannabis Enforcement Unit” doesn’t have the same ring to it.

It’s a tried and true method for politicians to make things more palatable to the general public- that’s the reason why so many countries have a “Ministry of Defense” instead of a “Ministry of War”, for example.

And since the Community Safety Unit enforces the CCLA, that means it was created by the BC government under NDP leader John Horgan, therefore making the raid on The Medicinal Cannabis Dispensary (TMCD) a raid by the BC government. In addition to Vancouver, the CSU was “active ” in Oliver, on Wednesday, as well.

Who are we keeping safe?

How exactly does raiding one of Vancouver’s longest-running dispensaries, that’s been a fixture in the community for almost a decade, keep the community safe like this police unit attests to do?

In short, it doesn’t. One could even argue that it harms the community, like the 69-year-old terminally ill cancer patient who was turned away during the raid.

But what the Community Safety Unit does protect is the governmental and corporate interests (and profits) inherent in the legal cannabis system that’s awash in crony capitalism.

As TMCD owner Dana Larsen pointed out on Twitter:

Making matters even more ridiculous, The Medicinal Cannabis Dispensary was in the process of transitioning to the legal system, and they still got hit, sending the message that even if you do try to play by the government’s rules, you’ll still get screwed.

Just ask the dozens of Vancouver dispensaries that voluntarily closed by Oct. 17, 2018, because the government told them that was their only hope of ever getting a legal license, most of which have never reopened, over a year later.

But at least we can take comfort in the delicious irony of the Community Safety Unit raid inspiring a groundswell of community support, as the dispensary reopened a mere 4 hours later (just in time for 4:20!) to a long line going down the block- which is the exact opposite of what the authorities intended!