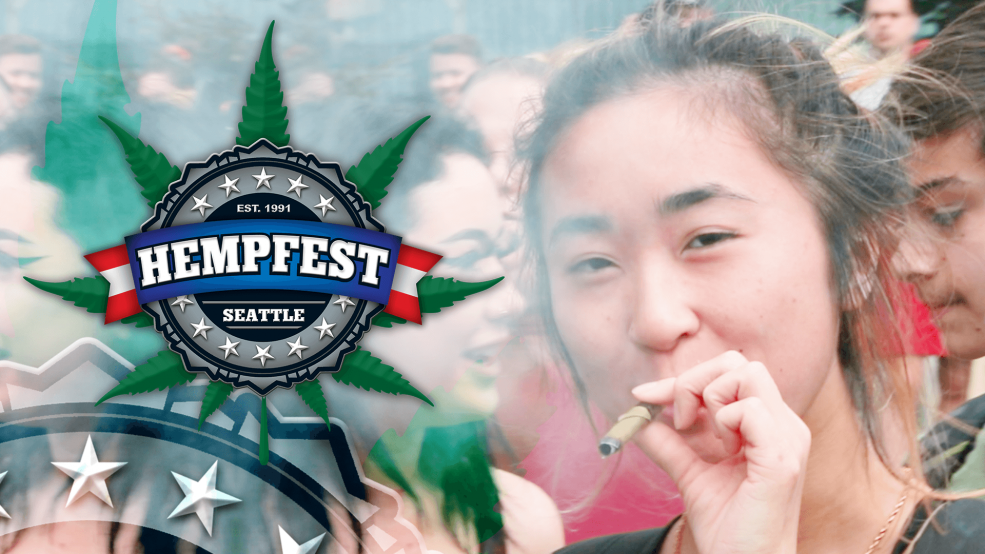 Seattle’s 28th annual Hempfest just happened on Aug. 16-18 and Craig Ex was there for all the cannabis goodness.

“It’s important to get people together to understand we’re all like-minded people from all different communities that celebrate this wonderful flower.”

Next, Craig ran into rapper Chris Crayzie, whom you might recognize from Craig’s visit to the Dabstars studio.

As Craig talks about how he hasn’t seen too many pot plants at Hempfest. He’s interrupted by our friend Cheddar from Japan, who says (in Japanese) to Craig, “I agree with you”, before going on about bonsai trees, I think.

Sorry, my Japanese is super rusty.

That’s immediately followed by Cheddar getting so high his eyes roll back in his head.

Who does Craig run into next? It’s Vancouver-based lawyer, John Conroy, who says he’s been coming to Hempfest since at least 1994! Craig then makes sure to stop by the Dabstars booth where he says hi to Jonah Tacoma.

For Craig Ex, the big difference between 420 Vancouver and Hempfest is that “you can still buy weed at 420 Vancouver”, as he put it. He would have preferred to see more cannabis on display. But, he realizes how that can be difficult sometimes.

But the biggest difference between Seattle weed and Vancouver’s came down to a few things. As Craig said:

So the overall quality of the bud was better in that regard but the prices were still higher than I would’ve like to see based on what I’m used to paying.”