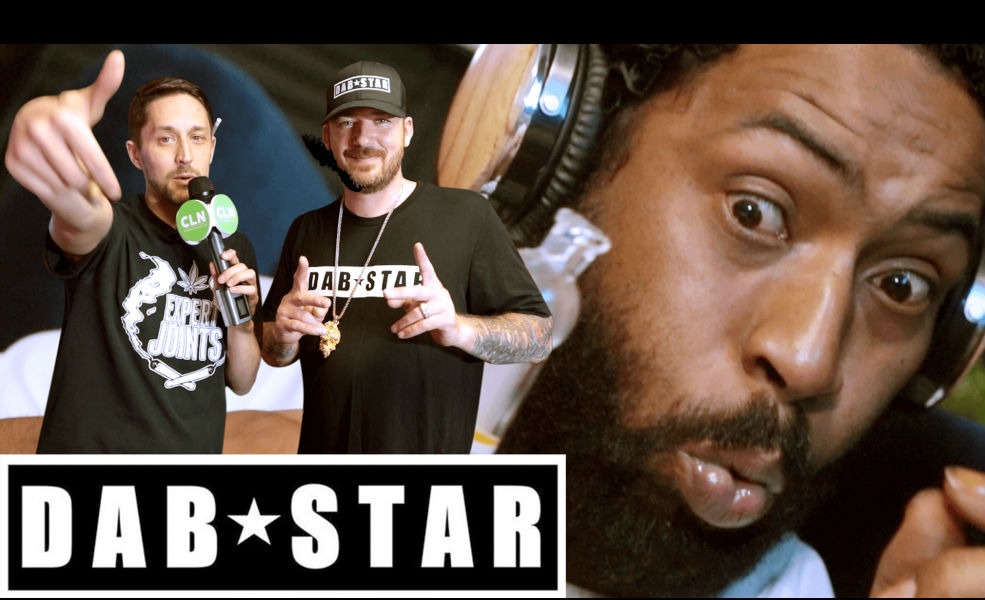 Craig Ex does many dabs at Dabstars studio in Seattle

Dabstars, one of the biggest names in cannabis, hosted our friend Craig Ex aka The Expert of Expert Joints at their studio in Washington for one of the most intense dab sessions that Craig has ever had. That’s something, considering Craig’s relationship with cannabis stretches back four decades!

Craig was at the studio with Dabstars founder Jonah Tacoma and rapper Chris Crayzie, and he loved it. Jonah was happy for the chance to host Craig in Washington and return the favour after Craig hosted him on Expert Joints LIVE! at Studio 710 in 2019.

“I’d met Jonah and the Dabstars crew at a handful of events around the world. And every time we’d meet I’d invite them back to Vancouver. Back in early 2019 the Dabstars took us up on that and appeared on my show Expert Joints LIVE! And we had a great time.

They invited us to visit them sometime. So, when we were in town for Hempfest a few weeks ago. We reached out and they were happy to have us.”

It was also a nice change of pace for Craig as he’s usually in the host seat. His next gig is the Karma Cup on September 7-8 in Toronto.

The dabs start the second Craig steps into the Dabstars studio, and as a guest, he is encouraged to indulge as Jonah compares American and Canadian rolling skills. Eventually, Jonah challenges Craig as one of Canada’s expert joint rollers.

It was Canadian joints versus American blunts and as Craig proves, much like the national anthem, his joints can stand on guard for the… joint-rolling reputation of Canadians.

As an added bonus, we get to see where Expert Joint’s “well-put together” tagline comes from while finding out why Craig Ex chose “Expert Joints” over “Expert Dabs”.

When asked if Washington seems to be more into dabs, Craig said:

“They certainly smoke a lot of blunts, but they do like their dabs. They are the Dabstars after all!”

Although Craig likes his dabs at a little lower temperature, explaining:

“They were sending scorchers down and so it was hard to take that pull and then talk afterwards!”

Craig’s not kidding about those dabs either. They come non-stop, and so fast the carb caps get forgotten. They even take joint breaks for recovery in between dabs!

It felt like a dab marathon yet it was over so quickly. The only sign that it happened was the redness of Craig’s eyes. Or maybe it was because he was smoking a joint and doing dabs at the same time. Be careful that you don’t start feeling a second-hand buzz coming on just from watching it!

For more Dabstars, check out when Craig hosted them on Expert Joints LIVE! at Studio 710 here.