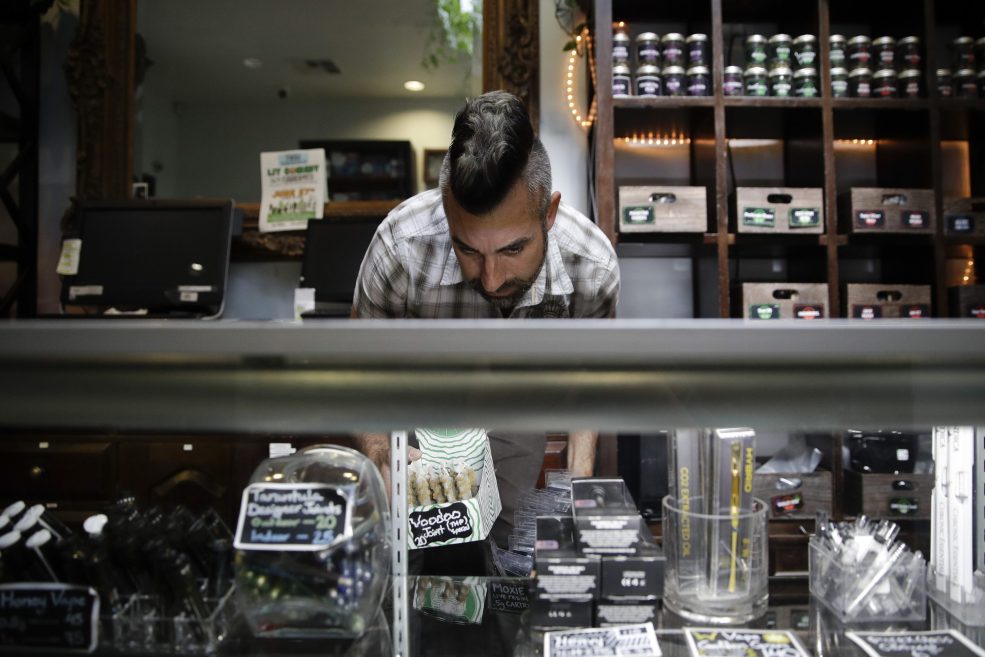 LOS ANGELES — The major online pot shop directory and cannabis marketplace Weedmaps announced this Wednesday that it will no longer allow black-market businesses to advertise on its site. The decision will undoubtably boost California’s efforts to rein in its vast illegal market.

State regulators and licensed businesses had been pressuring the company to ban unlicensed businesses. According to them allowing untaxed, unregulated product on the site alongside the taxed marijuana of licensed and regulated stores undercut the legal market.

“That is a huge win,” said Ryan Kunkel, whose Have A Heart dispensary chain operates in Washington, Oregon and California. “Our biggest competitor in every jurisdiction in California is black-market Weedmaps. It’s not the tax rates, it’s not the regulations. Instead it’s Weedmaps’ efforts to prop up unlicensed operators.”

Jerred Kiloh, a licensed dispensary owner in Los Angeles who heads the United Cannabis Business Association, an industry group, projected that half of California’s illegal operations could dry up once they are denied access to Weedmaps ads.

He credited state regulators with pressuring the company to reverse course, along with pending legislation aimed at ending the practice.

“Illegal operators are going to have to go back to the underground,” Kiloh said. “That’s not going to give them the kind of business they had.”

Weedmaps, founded in 2008 and based in Irvine, is a go-to website for people looking to find a marijuana shop. With a few clicks on a cellphone, customers:

They can also order online through the site and even have their weed delivered.

In a news release, the company framed its announcement as part of a social justice imperative.

“One of the most important and impactful promises of cannabis legalization is that it will give minority entrepreneurs the ability to enter the new industry. And help reverse the damages inflicted on those disproportionately affected by the failed ‘War on Drugs,'” it said. “Unfortunately, as a result of limited access to capital and limited license opportunities provided by local governments. These entrepreneurs are actually finding it nearly impossible to participate in the legal market.”

The company said it would launch an initiative to support unlicensed, minority-owned marijuana businesses as they become licensed. That includes:

It said that “later this year” it would begin requiring U.S. advertisers to provide a state license number on their listing. Also, it would restrict the use of its point-of-sale system, online orders, delivery logistics and other services to licensed businesses exclusively.

“These enhancements to existing safeguards on our platform will help patients and adult-use consumers find cannabis retailers that have provided evidence of state licensure,” Weedmaps Chief Executive Chris Beals said in the news release. “It also underscores our commitment to working with lawmakers and regulators to foster a flourishing legal market.”

Kunkel said competition from black-market companies on Weedmaps has not been as big an issue in other states, noting that Washington, for example, has cracked down on unlicensed sellers.