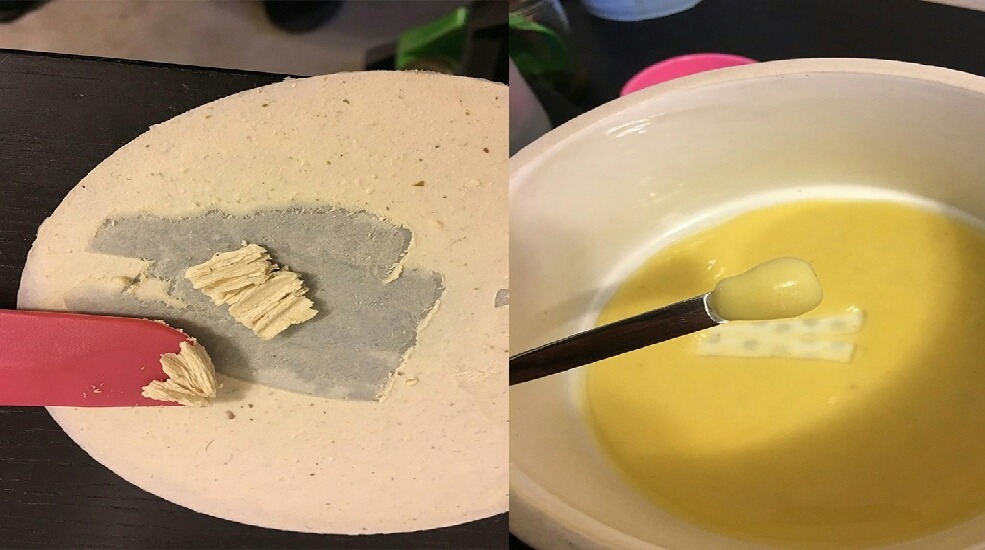 Connoisseurs indulge in purity within the realm of extracts. A clean concentrate that is free of adulterants, only containing the much-needed medicine draws a vital feeling of clarity. The thought of residual solvents always brings a sense of distaste, a common opinion that can be shared with residual plant matter like lipids, waxes, and fats. Some concentrate artists have discovered a flower’s spectrum can be partially lost by trying to strip too much out. On the other hand, a strong demand exists for a dewaxed extract with very slight impurities. Regardless of whether a full spectrum or a highly refined cannabinoid fraction is preferable, a skill goes into balancing a desirable concentrate.

It would be an insult to extraction craft to mix another plant’s waxes with distilled cannabinoids in order to replicate shatter. Yet, it seems likely that dishonest extract processors might just be rewaxing shatter with another plant’s lipids, or possibly even petroleum byproducts.

How difficult is it to add lipids into distillate and why do it?

We explored an impurity appearing in certain brands of shatter. Little to no contaminants or lipids should remain after dissolving the good extract in luke-warm alcohol. A low-quality shatter may contain small natural lipids that would be visible. In some cases though, a large amount of an unknown gel-like substance kept persistently floating, undissolved in the alcohol. Lots of other individuals have been testing shatter brands now, trying to discover what is pure and what is not.

It is commonly believed that the culprit is pine resin, which has been sold as a fake hash in other countries. That, however, has been disproven due to its alcohol solubility. Pine resin could be in lots of brands of shatter, but it is a non-alcohol soluble substance that has been found. We previously brought up other tree gums as a possibility since these are water-soluble instead. Now, we know that it is also impossible for this one particular impurity to be gum arabic, or cellulose gum, thanks to one rosin pressing samaritan.

Oil-soluble lipids under a laser

@fraservalleyrosin collected samples of this impurity, and not only found out it does not dissolve in water. But they also sent the impurity to be scanned with a laser spectrometer. This is a machine that tests the constituents of a substance with a laser beam, typically used by Getting Your Drugs Tested to find impurities in street drugs. The test was inconclusive, showing some THC, an unknown oil, as well as alcohol, and an acid that is found in the waxes of many plants.

The substance we are trying to find the identity is not soluble in a polar solvent or water. That means it instead dissolves in certain non-polar solvents and/or oils. The acid the spectrometer detected, 4-hydroxyl cinnamic acid is native to cannabis. It is used in the natural biological synthase pathways, however, the amounts are rather insignificant. There is a unique wax that is oil soluble and contains quite a large amount of this synthase acid, known as carnauba wax. Important is it’s melting point, which is quite close to isopropanol alcohol’s boiling point.

Some lipids may be seen undissolved in alcohol after soaking low quality concentrates, but that will be simply from the plant they extracted. A thin, dispersed cloud should not be alarming, whereas, large gelatinous clumps are not natural.

The impurity apparently melted into hot alcohol, but would always crash back out. Carnauba wax turns into a liquid at iso’s boiling point and mixes into the solution, but the alcohol does not dissolve the wax. The impurity constantly turns back into a solid in the hot iso because alcohol’s boiling point reduces as soon as the wax melts into it, cooling the solution down below the carnauba waxes melting point. At this point the wax will turn from a liquid back into a solid, essentially crashing back out of the solution.

The process of producing fake shatter would be rather simple using an oil-soluble wax that melts into a liquid. Licensed producers could easily make shatter out of cheap distillate. They have lots of material to extract and distill. All sourced from rotting, milled, overstocked crops, they remediate for heavy metals and molds to pass Health Canada‘s inspection. With so much distillate they will have to find a way to sell it to every corner of the market they can.

Craft processors have spent so much effort ensuring their extracts contain either a good balance of lipids and terpenes or are completely dewaxed. Now, others have spoiled this respect for cannabis’s spectrum. For whatever reason, the wax of palm leaves, not even cannabis, seems to be getting mixed back into concentrates. This would completely disregard the health and safety of dabbers everywhere.

Clouds of impurities in black market shatter could just be normal lipids, nothing out of the ordinary for bunk extract. However, it could also be a variety of waxes. Shatter on Canada’s legal market, on the other hand, will more often be an imposter, a stabilized distillate. Normal shatter turns to crumble as it ‘nukes up’ over time, so it is often too unstable to sell under Health Canada’s regulations.

A distillate will only contain active THC and no THCa, whereas a shatter consists almost entirely of THCa. That will be easy to see in lab testing. Beyond lab testing, an extract heavy in lipids will not vaporize cleanly. Shatter that leaves a large amount of carbonous residue should be avoided. It may be more than lipids, though.

This still does not exclude the possibility of accidental silica contamination from poor extraction methods. Not all impurities or fillers that are producing clouds in jars of isopropanol alcohol are at all the same; each requires further testing to truly identify. Large-scale licensed processors are more likely to use other methods to stabilize shatter instead of rewaxing, such as turning vape juice and rolling paper ingredients into thin-film resins. That process will become more clear in a follow-up to this installment.