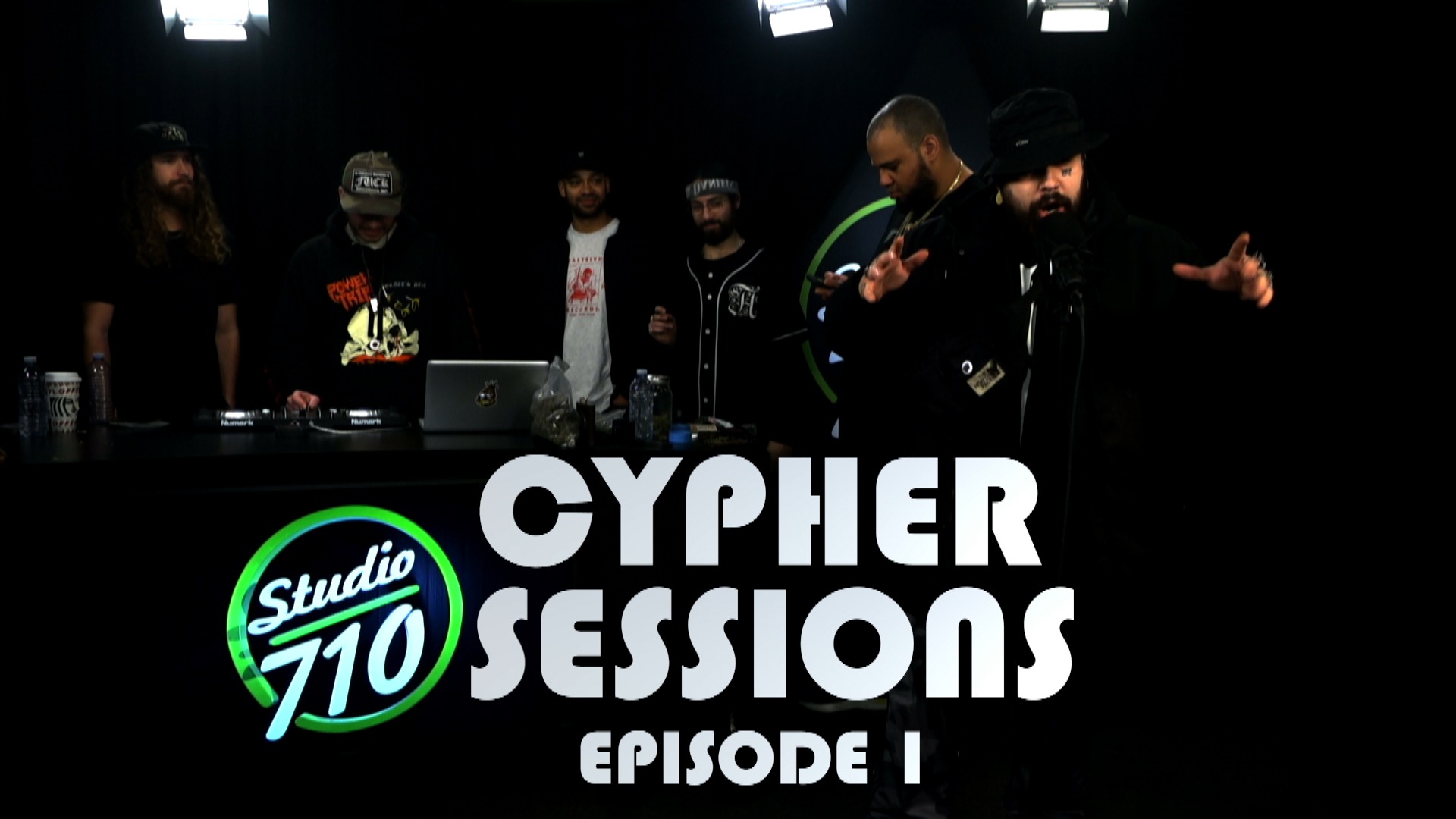 The latest Studio710 Cypher Sessions premiered today, showcasing some prime Vancity talent and the art of the freestyle.

Relaunching as Episode 1 of a brand new, ongoing series, it features host and rapper Creed Taylor alongside fellow rhymers Manny Alcatraz and Jacobi the Giant, with the trio flexing their lyrical skills over a melange of instrumentals courtesy of DJ and producer Beats by Julius, who keeps the session laced with hot track after hot track.

The joint kicks off with a dirty freestyle from Creed Taylor that mixes sex and weed (one of the best combinations IMO) before switching to Manny Alcatraz who comes out swinging with lines like:

I kick knowledge, my kicks knocking down the door like Chris Wallace, bitches keeping my dick spit polished, I get knowledge, Boba Fett with the wrist rocket.

God damn! You gotta give Manny props for sliding in that slick Notorious B.I.G. reference. The beat then switches as Jacobi the Giant steps up to the mic and you can hear the hunger in his booming voice.

As the Cypher goes on, you can see the spitters get in the zone as they step their game up in the increasingly hazy room.

Manny’s dense rhymes are packed with metaphors, wordplay, and references to everything from Star Wars to Looney Tunes that might have you hitting rewind with bars like:

Sharp as a guillotine, kill the queen, stay shining off the top, call me Mr. Clean!

And in addition to all of that, he even starts dropping in Spanish for a little extra flavor!

Jacobi the Giant focuses more on gritty street stories about hustling and overcoming all obstacles while amply living up to his rap name…so much so that at one point, Creed has to extend the mic stand because Jacobi’s so tall! And you can tell why he’s so big in the local rap scene with freestyle rhymes like:

My nigga focused you a weak example, how I, kill em with kindness but I don’t get trampled, now I, can see the truth in all the dope I’ve handled, cocaine scandals, left on the boat in sandals.

Vancouver is jam-packed with amazing artists, but what the city needs are more spaces like Studio710 that have the capability to showcase their best work and build a stronger community.

Take it from the host, rapper, and graffiti artist Creed Taylor, who noted, “It’s been a pleasure to create here [at Studio710] and I look forward to doing more.”

For more sick rhymes from the 604, check out the first Studio710 Cypher Session here, which features an interview with Creed Taylor and Studio710 co-founder Craig Ex.